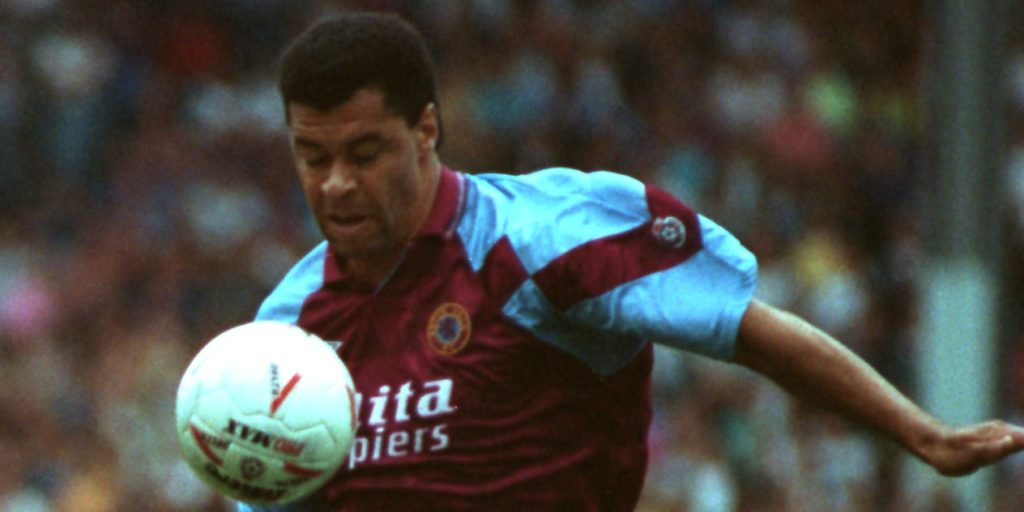 Despite persistent knee troubles and a battle with alcoholism, Paul McGrath stands out as one of the finest defenders of his generation.

McGrath forged his reputation as a cool and determined character at Manchester United, ousting Gordon McQueen in the mid-1980s to regularly partner Kevin Moran at the heart of the club’s back-line.

But his chronic knee injuries and a strained relationship with Sir Alex Ferguson, determined to weed out the drinking culture at Old Trafford, led to the Republic of Ireland international joining Aston Villa for a GBP 400,000 fee in August 1989.

Operating alongside Derek Mountfield and Kent Nielsen in a three-man defence, McGrath was part of the Villa side that finished runners-up to Liverpool in the 1989-90 season.

Despite being plagued by knee trouble, McGrath’s star continued to rise at Villa Park while his hard work was recognised by his peers in 1992/93 as he won the PFA Players’ Player of the Year.

He was also named the club’s player of the year for the fourth successive season as Villa were runners-up to Manchester United in the inaugural Premier League – the third time in his career McGrath finished second in the top-flight.

McGrath would never get his hands on the league title but he cemented his place as a Villa great by helping them win the League Cup in 1993-94 and 1995-96.

After 323 appearances with Villa, McGrath left in the autumn of 1996 to join Derby before ending his playing career at the end of the 1997-98 season with Sheffield United, aged 38.