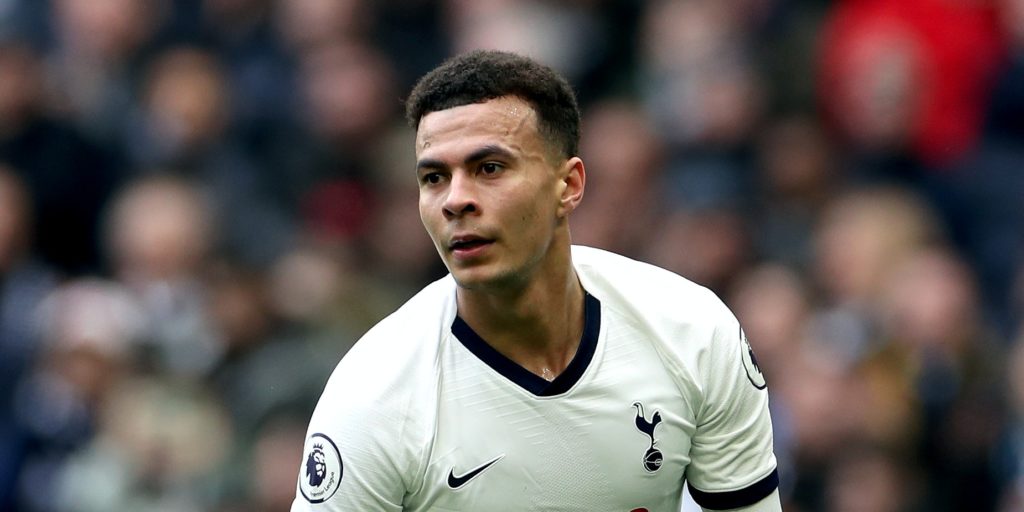 Tottenham and England player punished for post by Football Association.

Tottenham midfielder Dele Alli said he was “betrayed” by a friend who sold a private Snapchat video of him mocking coronavirus – an act that has landed him a one-match ban.

Alli will miss his side’s first Premier League game of the restart against Manchester United next week after the Football Association finally delivered its ruling on a case that has been ongoing since February.

He has also been handed a GBP 50,000 fine and must attend an educational course after being found guilty of an “aggravated breach” of Rule E3, which included a reference to race and/or colour and/or ethnic origin and/or nationality .

The 24-year-old posted a video of himself wearing a mask in an airport lounge on February 6 before zooming in on an Asian man, with the caption “Corona whattttt, please listen with volume”.

The video was promptly deleted and Alli posted an apology, but not before one of the 160 recipients on his close friends list on Snapchat had copied it and sold it to a national newspaper.

Alli insisted at Monday’s hearing, although the video did not pick up the Asian man coughing, that is the reason he zoomed in on him rather than because of his race.

But the three-man regulatory commission ruled that Alli was making an obvious connection between an Asian man and the virus, which at the time had not spread to Europe or become a global pandemic.

The FA’s written reasons for the decision read: “The player explained that he decided to delete the video before he boarded his flight to Dubai.

“It was the following day that he became aware that he had, in his words, been “betrayed” by someone on his Snapchat group and the post had been given to the media.

“An apology was made in which the player detailed that he had ‘let himself down’, but it was the player’s evidence to the commission that he did not regard the content of the video to be of a kind to ‘cross the line’ into conduct answerable under Rule E3, in particular as the video, in his opinion, “had nothing to do with the ethnicity of the man”.

The FA did not rule that they did not think the England international was a racist and believed he was telling the truth, but did use an “unacceptable racist stereotype” and the video was a misguided attempt at humour.

Alli, whose team-mate Kyle Walker-Peters testified on his behalf, is pleased he has been vindicated by the governing body, even if it does mean he will miss a potentially decisive game with United next Friday.

He said on the club’s official website: “In response to the FA decision, I would like to apologise again for any offence caused by my behaviour.

“It was an extremely poorly judged joke about a virus that has now affected us more than we could ever have imagined.

“I’m grateful that the FA has confirmed that my actions were not racist because I despise racism of any kind.

“We all need to be mindful of the words and actions we use and how they can be perceived by others.”

Manchester City midfielder Bernardo Silva received a similar punishment in 2019 over a tweet to team-mate Benjamin Mendy and the FA used that as a reference point in dealing with Alli’s case.

Tottenham are still waiting on the outcome of Eric Dier’s misconduct charge after he climbed into the stands to confront a Spurs supporter following the FA Cup exit to Norwich in March.