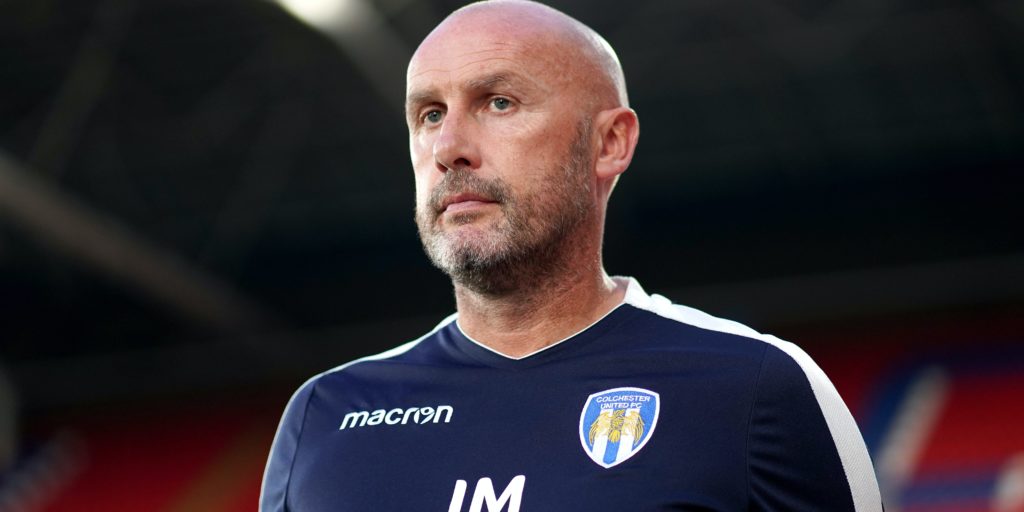 Essex club have double-header against Exeter to look forward to as they target the step up to League One.

John McGreal has been given only two-and-a-half weeks to prepare his Colchester players for their biggest games of the year after three months off, but the U’s boss is not complaining.

League Two’s regular season may have been curtailed due to the coronavirus pandemic, but the play-offs will still go ahead with Colchester hosting Exeter on June 18 before heading to Devon for the second leg four days later, hoping to reach a Wembley final on June 29.

Although the dates were only announced on Tuesday, the four play-off clubs have been back in training since June 1 in anticipation of the announcement.

“Don’t get me wrong, it’s a tough turnaround with just 18 days to prepare for a semi-final, but a couple of months ago we thought we’d never get in this position,” McGreal told the PA news agency.

“With what’s going on in these unprecedented times, with what’s happening in different industries, if 18 days is what we’re given to prepare for a semi-final, we’ll take it.”

Colchester owner Robbie Cowling admitted it was a “financial gamble” for the play-off bound sides to resume training before the dates were made official, but considering their determination to play the games before player contracts ran out at the end of June, they had little choice.

“We had a rough idea of what was happening,” McGreal said. “All the chairmen got together two or three weeks ago and the decision was more or less made – we just needed it all ratified.

“The governing bodies, the EFL, they’ve all done particularly well to get us to this stage. The testing is in place, the safety measures are in place, and it’s been really good to get back to work.”

McGreal admitted there was a strange atmosphere when training first resumed in small groups of only four or five players at a time, but a more normal feeling has returned as numbers build up and they move to phase two, allowing for more contact.

With the coronavirus tests conducted in League Two so far having all come back clear, McGreal has a fully-fit squad and has been impressed by the condition in which the players have returned from furlough.

“Yes, they’ve been off for three months but they haven’t been on the beach,” he said. “They’ve been training at home. Not as hard as they might do on the training ground, but they’ve been putting a shift in, knowing we would potentially have three play-off games to play.”

McGreal has been boosted by confirmation that Theo Robinson, on loan from Southend, will remain part of his squad, while of those players out of contract this summer, Luke Prosser, Frank Nouble and Ryan Jackson will also be available.

The challenge now is to prepare the players to contest some of the biggest games of their careers behind closed doors.

They have trained at an empty JobServe Community Stadium to get used to the empty stands but McGreal still expects it to be an issue.

“It’s something I haven’t experienced before and I’m sure the other three clubs haven’t either,” he said.

“It’s going to be more about how we prepare psychologically going into the game.”

The potential rewards of promotion to League One are obvious but McGreal is not keen to dwell on them.

“Obviously (promotion) would be an unbelievable feeling but we don’t want to look too far ahead,” he said. “We’ve got two very important games before that and we don’t want to jump the gun.