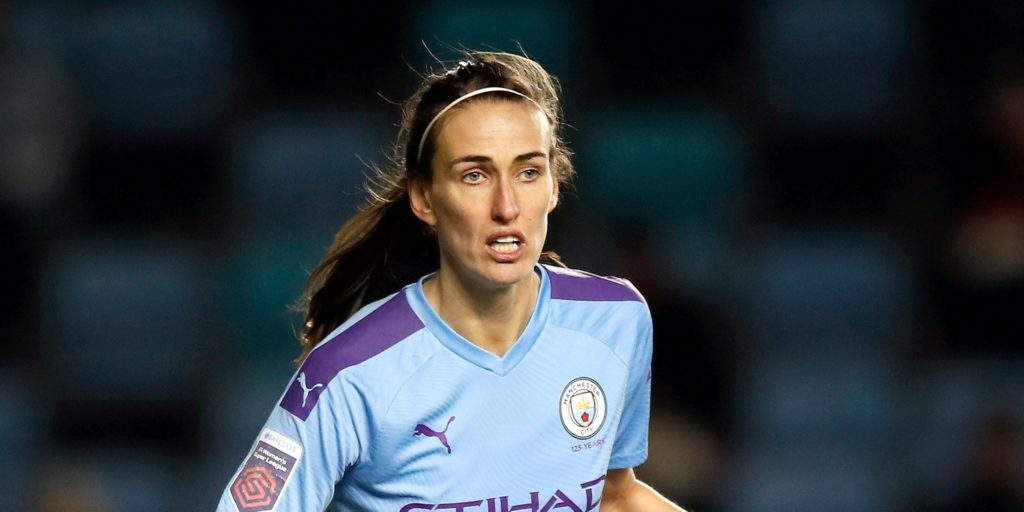 Jill Scott has signed a new two-year deal with Manchester City Women which will see her combine her playing role with added coaching responsibilities.

The 33-year-old joined City from Everton in 2014, having begun her career with Sunderland.

Scott said: “It feels good to have got things sorted and to know I’m going to be at the club for the next two years is a great feeling. It’s something I’m really looking forward to.

“I’ve been named as a player-coach but I want to reiterate that I’m a player first and foremost – I still want to play for this team and get success.”

Scott, who has won 149 England caps, has claimed three Continental Cup titles, two FA Cups and one Super League title in her six seasons with the Blues.

“The coaching role is good – it means I can access the coaches a bit more. I get to learn from the likes of Gareth and Alan and it keeps that side going as well as playing,” she said.

“It’s been a journey from the beginning – six years – and every year, there has been a new chapter to the story and I’ve enjoyed every single part of it.”