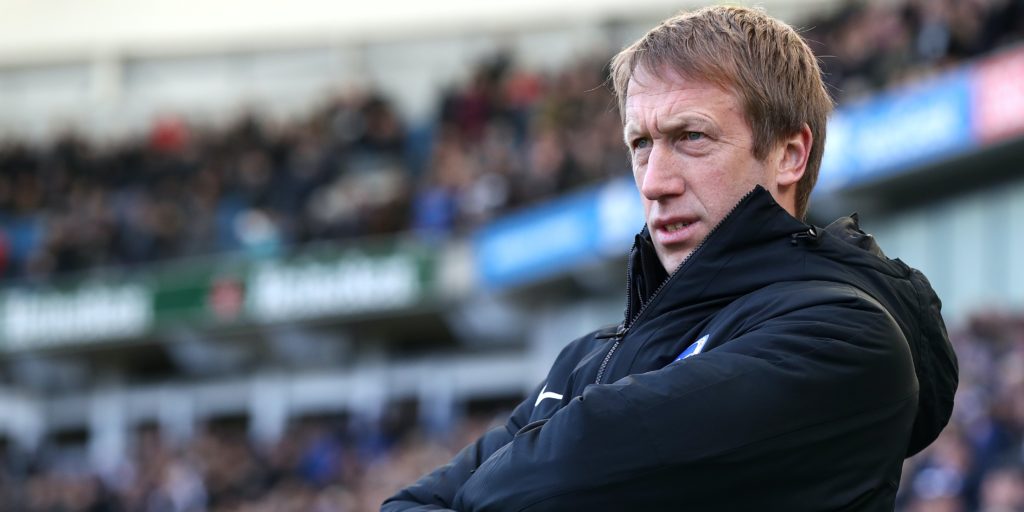 The Seagulls boss says his players are looking in fine shape ahead of the Premier League restart.

Graham Potter is confident his Brighton side will hit the ground running when the Premier League gets back under way, claiming that the standard of training has never been higher in his year at the club.

The top flight has been suspended since March 9, casting big question marks over how players will cope with an unexpected mid-season break when fixtures resume later this month.

Potter’s side were on a 10-game winless run when the coronavirus crisis halted proceedings, leaving them just two points above the relegation zone with nine games to play. But, since full contact training has been back on the agenda, he has seen plenty of reason for optimism.

“The players have adapted really well and come back in good spirits – they’re focused and positive. The boys came back in a really good way and it’s been the best two or three weeks training since I’ve been at the club,” he said.

“The performance, the attitude, the quality has all been really high. We’ve had a long period out and it’s not been nice to go through, because people have been losing their lives, which puts things in perspective.

“But now we’ve got to go ahead and play and we want to get out there. We’re looking to starting and I’m really happy with how the players have approached the return.”

Brighton begin their run-in with a home match against Arsenal and have four more games on their own patch as they look to guarantee their survival.

The available evidence from Germany, where Bundesliga matches have been back since mid-May, suggests that the absence of fans has all-but removed home advantage, though a record of four wins from 14 outings at their own stadium suggests Brighton do not have as much to lose as others.

“It’s not like the AMEX was a massive fortress for us before and now we haven’t got that anymore. So we have to play football and we get on with it,” he said.

“I think the hostility of the home crowd in the Premier League is where the advantage is. Certainly, the crowd in the British game get so involved in the game and little moments can change things in the match.

Hardcore supporters will be able to make their presence felt, albeit in the form of personalised cardboard cutouts that can be bought for GBP 20.

“It’s hard for a cardboard cutout to generate the same atmosphere that 30,000 in the AMEX can, but it’s an opportunity for fans to engage,” said Potter.

“To have real life supporter would be far better – unless they’re hurling abuse at me, in which case I’m happy with the cutouts.”