Home News Lack of support will not hurt us at Manchester City, says Gunners manager

Lack of support will not hurt us at Manchester City, says Gunners manager 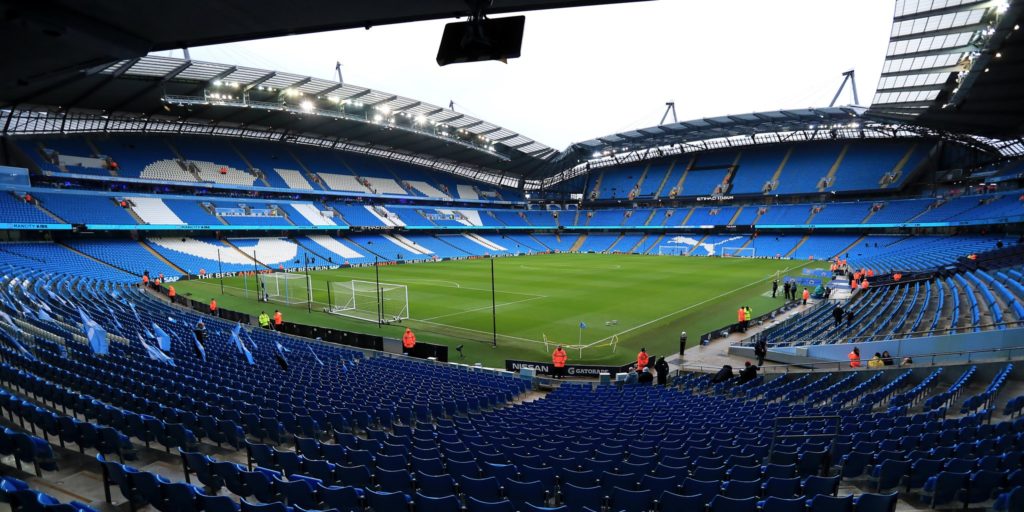 But Mikel Arteta is aware of the quality in the home ranks ahead of Premier League contest.

Arsenal boss Mikel Arteta expects the lack of fans at Manchester City for their first game of the Premier League restart to balance things out.

The Gunners play their game in hand against City on June 17 – the second match of Project Restart following Aston Villa’s game with Sheffield United earlier that day.

It will be a very different prospect to the one they were due to face in the original game – one which was called off due to Arteta testing positive for coronavirus in March.

There will be no home fans and Arteta, who is returning to the club he left in December, hopes that will be an advantage to his side.

“I hope it is and we’ve seen we have got a good thing to measure what is happening with the Bundesliga at the moment,” he said on Sky Sports’ Football Show.

“So it is going to help. Football is passion and energy, and when you lose that things balance much more, in my opinion.

“But I know how strong they (Manchester City) are, I know what they are able to do if they are all switched on on the day. So we have to be really well prepared to try and go there and win the game.”

It will be an emotional night for the Spaniard, who left his position as Pep Guardiola’s assistant to take over at the Gunners before Christmas.

“It is going to be strange, I can’t deny that, I know everyone there, I spent four magnificent years with those players,” he said.

“I am really excited as well, I can’t wait to start competing again in the way we love the most and that is to play football. It is going to be very special for me but I am looking forward.”

Their preparations were hit by a 3-2 loss to Championship side Brentford on Wednesday, where highlights showed some calamitous defending.

Arteta is not concerned about the result and saw the positives in allowing his players to further build up their fitness.

“We are trying different things, we are trying to give minutes in the legs to all the players,” he added.

“We have had to change a lot of players through the games. We are getting adapted to playing in an empty stadium as well and losing that energy from the fans.

“It was good, we played two friendlies and we are getting the rhythm, we haven’t played for a while. We tried to make it as close as possible to a real game.”