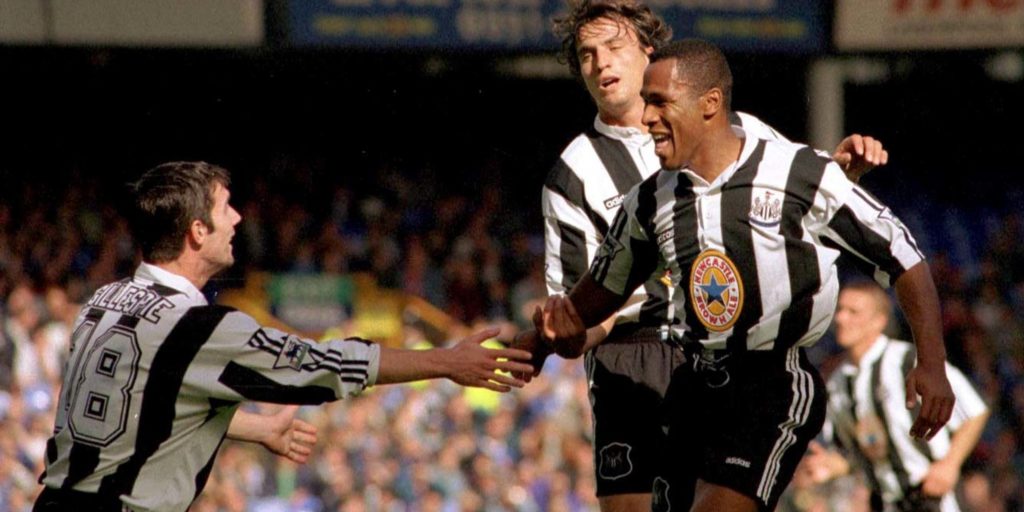 The striker banged in the goals for Newcastle.

Newcastle’s 1995-96 season is remembered for Kevin Keegan’s famous rant and their meltdown as a 12-point lead at the top of the table crumbled away.

But at the time, it was all about Les Ferdinand’s goals.

In his first season on Tyneside, the GBP 6million signing from QPR scored 29 of them in all – 25 in the Premier League – helping fuel Newcastle’s title challenge for as long as it lasted.

His achievements were rewarded with the PFA Players’ Player of the Year award, another sign of the huge rise Ferdinand had made since starting out in non-league football with Hayes, balancing his career with his day job as a painter and decorator.

Snapped up by QPR and sent on loan to Brentford, Ferdinand made his breakthrough while on loan with Besiktas and had long been a target for Newcastle before joining in the summer of 1995.

With David Ginola and Peter Beardsley pulling the strings behind, Ferdinand delivered from the very start, with his goals powering the Magpies into such a strong position it is still difficult to fathom how it all fell apart.

When the PFA award came, Ferdinand was also named in the team of the season alongside Blackburn’s Alan Shearer, but the pairing would soon become a reality as Newcastle splurged GBP 15million to bring the Geordie striker home.

Keegan would even ask Ferdinand to give up the number nine shirt for Shearer, and it signalled that, for all his goals the season before, there was a new hierarchy in order.

Within a year, Ferdinand would be on his way, sold to raise money but getting what appeared a dream move of his own as he joined the club he supported as a boy, Tottenham.

The move ultimately did not work out as either party hoped – Ferdinand’s time at White Hart Lane was dogged by injuries as Spurs battled against relegation.

He never again reached the heights he had enjoyed in his first season on Tyneside, where he is still affectionately known as Sir Les.