Premier League matchday protocols approved ahead of next week’s resumption 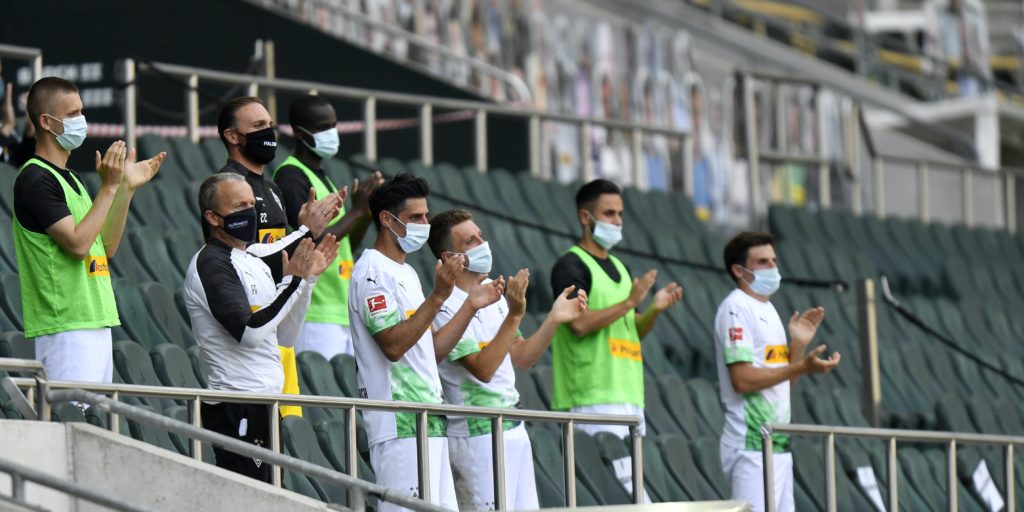 The league has been testing players and other staff on a twice-weekly basis.

Players will not need to self-isolate if someone from another team they have come into contact with tests positive for coronavirus, under protocols drawn up by the Premier League.

The league believes its testing programme – where players undergo a test twice a week – along with temperature checks and health questionnaires will allow them to mitigate the risks of the virus spreading between players during a match.

A clinical passport, proving that individual has tested negative for coronavirus within the last five days, must be presented to enter the ‘red zone’ of a stadium – basically the pitch and the area immediately around it.

Research on 288 Premier League matches this season, conducted by league officials, found that 98 per cent of the time on-pitch interactions between players lasted less than five minutes in total. That is well under the 15 minutes of close contact the Government sets as the threshold for someone to be traced when an individual tests positive.

Clubs unanimously approved the protocols and the matchday operations plan at a shareholders’ meeting on Thursday, ahead of the league’s restart on June 17 amid the Covid-19 outbreak.

Players have been reminded of the need to maintain social distancing when celebrating goals and speaking to referees.

While touching of elbows – which has been a regular sight in German football since the Bundesliga resumed – will not be prohibited, the key message is to maintain social distancing wherever possible. Handshakes will be discouraged, but there will be no disciplinary sanctions for players who forget these guidelines in the heat of the moment.

They must also keep their distance from referees, while coaching staff on the sidelines are equally under instruction not to come within two metres of the fourth official.

Coaching staff and substitutes wear masks in the Bundesliga but it is understood this will not happen in the Premier League, and players will not wear them on arrival at matches at all.

Clubs may split players over two dressing rooms to maximise space and use other areas within the ground as changing rooms – such as corporate hospitality areas – if necessary.

Teams will walk out on a staggered basis, while players will be reminded to avoid spitting or clearing their nose during matches.

The red zone of a stadium will only be accessible to a maximum of 110 people at any one time. As well as players and coaches, others allowed in will be match officials, medical staff, essential groundstaff and the necessary HawkEye and VAR technicians.

The amber zone of a stadium will be occupied by media and broadcasting staff, while the outer area of the stadium is classified as the green zone. The total number of people required to attend any match will vary from club to club, but is likely to be around the 300 mark.

Teams will travel to matches using flights, coach travel or their own vehicles depending on the circumstances.

Overnight stays in hotels are not prohibited, but a flight is preferred. Clubs are working to reconfigure coaches to allow for social distancing on board, or will lay on more than one coach if necessary.

The league hopes to avoid any last-minute hitches through regular testing, while temperature checks will be conducted on players before they depart for the stadium.

VAR officials will be based at the usual Stockley Park base, but additional rooms are being used in order to maintain social distancing.

The competition is set to get under way next Wednesday. Aston Villa host Sheffield United at Villa Park in a 6pm kick-off, while later that evening reigning champions Manchester City host Arsenal.