Condensed Champions League could be played to a finish in Lisbon 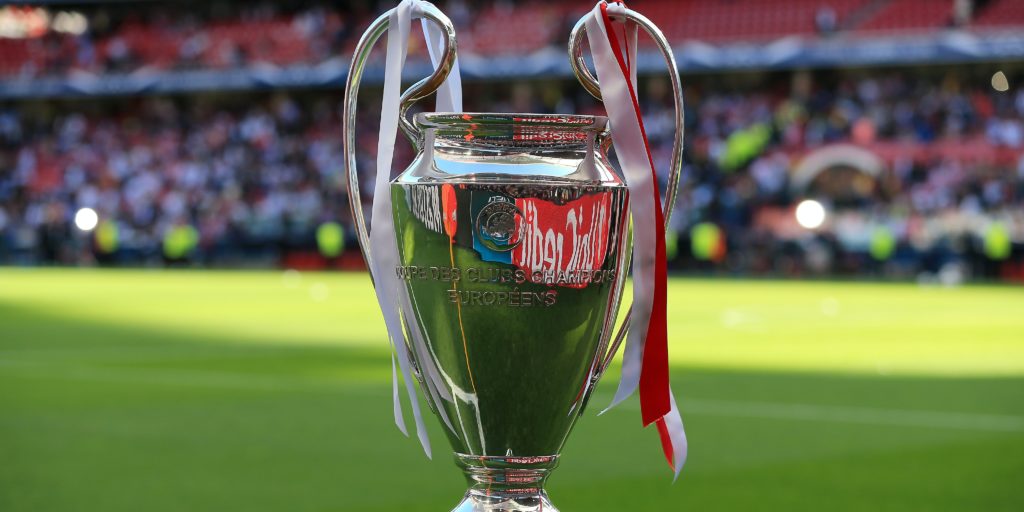 The competition could be completed as single-leg ties from the last eight stage onwards.

Lisbon looks the favourite to host the final stages of the 2019-20 Champions League.

The Portuguese capital is understood to be in contention to stage a condensed version of the tournament from the last eight onwards, with all ties to be played as single legs as UEFA seeks a solution for completing the competition amid the travel chaos caused by the coronavirus pandemic.

How the four outstanding last 16 matches should be completed remains open to discussion. Manchester City were due to play a second-leg match against Real Madrid on March 17 at the Etihad Stadium, leading 2-1 from the first leg in Spain. Chelsea are 3-0 down from the home first leg of their tie against Bayern Munich.

It may be that an agreement is reached for these outstanding matches to also be added to the fixture list for Lisbon, which seems set to take over from Istanbul as the venue for the final.

The Portuguese city boasts two major stadiums in close proximity to each other – the Estadio da Luz and the Estadio Jose Alvalade.

Istanbul may be compensated with the right to stage a future Champions League final, if the UEFA executive committee does decide Lisbon is the best option for this summer when it meets on June 17. The final could take place on Sunday, August 23, with all the games condensed into 10 days.

As things stand all the matches would be behind closed doors, but if the Portuguese government were to alter its guidance in time for ticketing to be organised then there is the possibility of some supporters being able to attend.

A city in Germany – possibly Frankfurt or Dusseldorf – could play host to the final stages of the Europa League.

The Women’s Champions League may follow a similar pattern, with reports in Spain suggesting the final games could be split between the Basque cities of Bilbao and San Sebastian.

UEFA is understood to be targeting a mid-October start for the group stages of the 2020-21 Champions League, traditionally when you would expect matchday three to start.

But how it reaches that point – and when the qualifying rounds take place – is an extremely complex problem to solve with many leagues likely to still be ongoing when the preliminaries are usually scheduled.

There are big decisions to be made on international football too.

The match schedule and host venues for Euro 2020 are set to be finalised, with every indication being that the 12 original host cities will still be able to fulfil their commitments in summer 2021.

The play-offs for that tournament are intended to be played before Christmas, possibly in one of the international break ‘triple-headers’ in October or November.

Sitting alongside those matches will be the 2020-21 Nations League, which had originally been scheduled to be played over the September, October and November international breaks.

It is understood UEFA remains fully committed to the competition, which proved a big hit in its inaugural run in 2018-19.

UEFA is also expected to announce recommendations to restrict the frequency of heading in youth football. In England, Northern Ireland and Scotland new guidance advises against players aged 11 or under heading the ball in training.

The guidance was issued to mitigate against any potential health risks that may be associated with heading the ball.

A study from the University of Glasgow published last year found that footballers were three-and-a-half times more likely to die of neurodegenerative disease than age-matched individuals from the general population, but did not establish the cause of that increased risk.