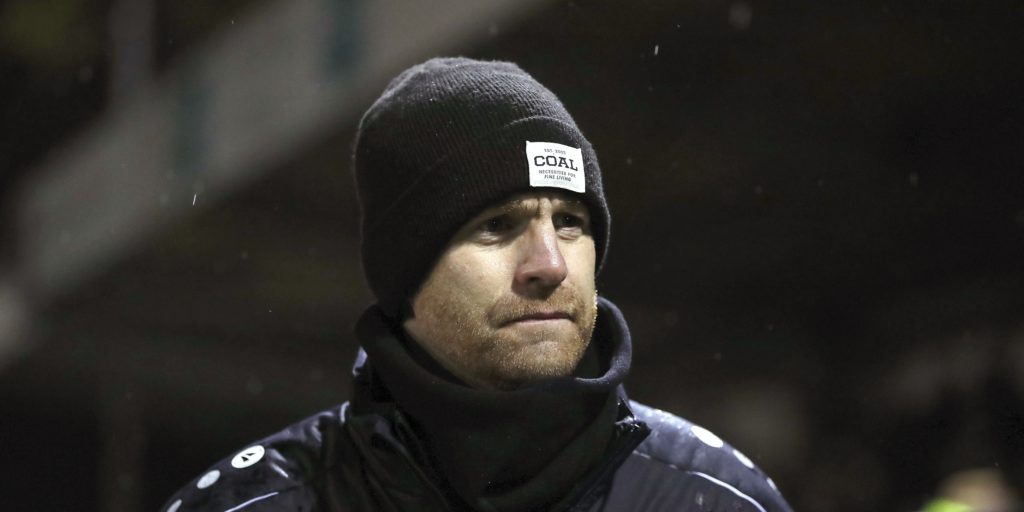 The North Yorkshire side sit second in the National League.

Harrogate are preparing for a return to training on Tuesday as they gear up for the National League play-offs.

A resolution to decide the final league table on a points-per-game basis, with promotion, relegation and a play-off competition is being considered by member clubs, who must submit their responses by close of business on Monday.

The North Yorkshire side sit second, so would be in line for a home semi-final if the resolution passes.

Their manager Simon Weaver told the PA news agency: “The players have been given the instruction to come into training on Tuesday.

“A few weeks ago we would have never thought it would come to play-offs because coronavirus was so rife you wouldn’t have thought it was possible.

“But it’s good news for everyone that sport’s coming back. There will have to be stringent precautions taken but we’ll play by the book as I’m sure the other teams will. Although it will be different, we’ve got a job to do and it would be amazing to see it through now.”

Weaver said the plan was for the play-off quarter-finals to be played on July 18, which would mean the semi-final for Harrogate taking place a few days after that.

The final will be played at a neutral venue on or before July 31.

Weaver insists the testing programme must be as regular as it is in the Premier League and the EFL, and that Harrogate’s physio has already made preparations to get the club’s training ground ready.

Asked how the last few months had been for him and his players, Weaver said: “It’s been a strange old time. The first couple of weeks were hardest for me as an individual.

“The death rate was rising and rising and bigger things than football were at large then. But you’re kind of stunned as well that your life as you knew it was completely changed.

“Our last game was Friday the 13th, quite apt really, and we were the first English club to cancel a fixture because we pulled out of a game against Solihull.

“We had a couple of members of staff who had all the symptoms so we thought ‘well, we’re not spreading that on the bus’.

“It’s been a sad time, but sport has been a great release and even us that are involved day to day, you’re trapped in a passion and it’s sad when you can’t do what you want to do.

“Hopefully it’s improving, and it’s great to be talking about getting back on the pitch.”

If the resolution passes, National League leaders Barrow would be promoted to League Two, taking the EFL back up to 72 members following the demise of Bury. The play-off winners would take the place of whoever is relegated from League Two.

Stevenage are bottom as it stands, but second-bottom Macclesfield face further EFL charges which could lead to an independent disciplinary commission imposing further points penalties on them.