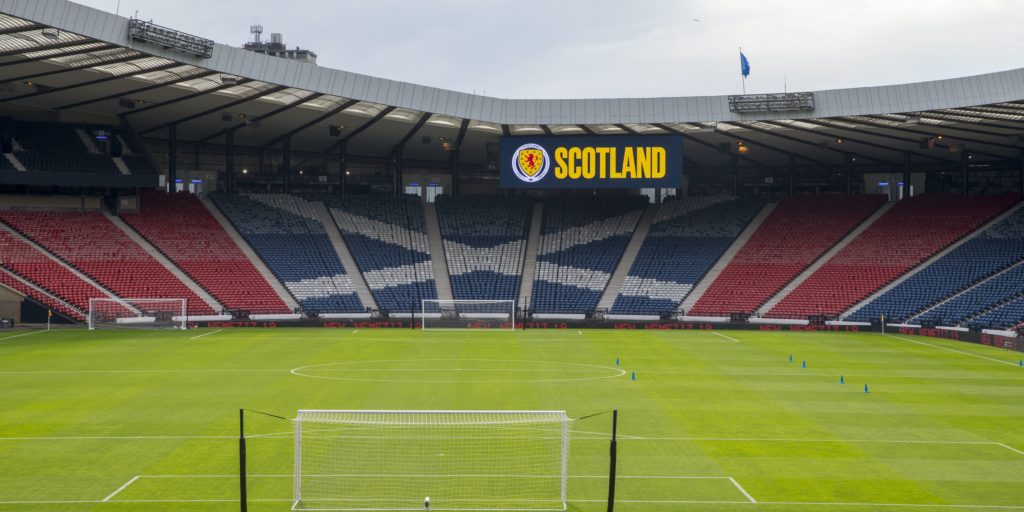 Matches are expected to be played behind closed doors when the Scottish Premiership kicks off again.

The Scottish Professional Football League is ready to utilise Hampden to get as many fans as possible into games when crowds return.

Hearts and Hibernian have held positive early talks with the Scottish Rugby Union over the use of BT Murrayfield and SPFL chief executive Neil Doncaster believes football’s national stadium can play a key role too.

Matches are expected to be played behind closed doors when the Scottish Premiership kicks off, with a target date of August 1, but it is hoped crowds will begin to return in the autumn.

Doncaster told Sky Sports: “We’ve got a number of really big stadia across Scotland that may be able to be used by clubs if that’s what they want to do.

“We don’t yet know what the arrangements might be to enable fans back into stadia but it’s likely that there’s going to be some form of social distancing required at least in the early stages and clearly the bigger stadia that you’ve got to play with the easier that will be.

“There is a huge amount of discussions going on, we’ve got a number of really first-rate stadia in Scotland in addition to Murrayfield and Hampden Park, clearly Ibrox and Celtic Park, they are really big stadia that will certainly enable social distancing to be conducted if that is what needs to be done.

“I certainly like the idea of creative thinking to help clubs get fans back into stadia as soon as they safely can.

“So if there are larger stadia out there that are typically larger than clubs’ usual attendances that are going to help with social distancing, then that can only be part of a very positive solution.”

The SRU estimates about 10,000 supporters could attend Murrayfield under the current two-metre social-distancing rules but that number could rise to close to 30,000 if measures are relaxed.

First Minister Nicola Sturgeon has signalled that decisions on distances could be reviewed if Covid-19 is suppressed.

Doncaster said: “Clearly, the amount of distance that we need to ensure between fans, that will continue to be debated, as it is being debated throughout the UK and society at the moment.

“But the sooner we can get fans back in stadia the better it is going to be for everyone.”

Meanwhile, Doncaster admitted the SPFL hierarchy had taken the initiative over league reconstruction after proposals from Hearts and Rangers failed to garner support.

Doncaster has asked clubs to indicate whether they would back a permanent 14-10-10-10 structure – increasing the numbers in the top flight and the league in general by two clubs – in a bid to stop Hearts, Partick Thistle and Stranraer being relegated.

“We are taking the lead,” he said. “We’ve gone out to clubs with a specific structure. We’ve asked them to indicate whether they would support that structure. If sufficient numbers do, then we’ll come back with a resolution.

“What became clear from the first stage of consultation was that a temporary fix was not going to gain sufficient approval. There was some sympathy for the idea of an expanded Premiership, and that’s the basis on which we’ve gone back to clubs.

“We’re asking them a very specific question: would you support a 14-10-10-10 structure? If sufficient clubs indicate over the weekend that they are supportive, then that’s what we’ll bring forward.”