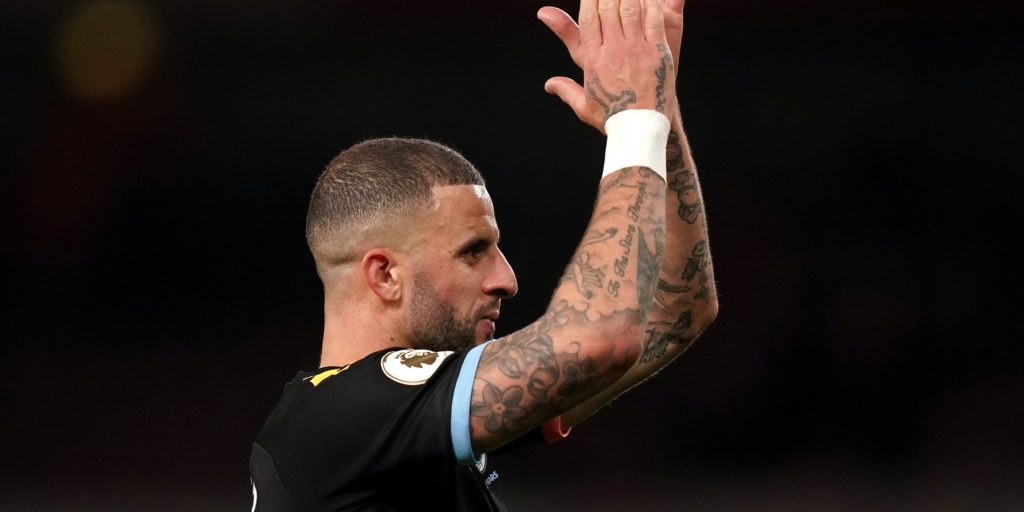 Walker, Grealish and Sancho were all guilty of breaching lockdown rules.

Gareth Southgate has warned his England stars he is always watching after their lockdown mistakes.

The Three Lions manager wants to ensure he has the right characters in the national dressing room.

Kyle Walker has twice been caught breaking coronavirus lockdown rules, when he reportedly hosted a party and then when he travelled to South Yorkshire to visit his sister and parents at different addresses.

Jack Grealish, Jadon Sancho and under-21 international Morgan Gibbs-White have also flaunted the guidelines over the past few months.

Manchester City’s Walker has not played for England since last summer, while Aston Villa skipper Grealish missed out on a maiden call after the Italy and Denmark games in March were cancelled because of the coronavirus pandemic.

Euro 2020 has been pushed back until next year and, while individual mistakes will not end England careers, Southgate is keeping tabs.

“I won’t judge people purely on what’s happened now but we build a picture of evidence,” he said.

“When dealing with young men there will always be transgressions and I will never make a decision on someone based on one mistake or one misjudgement.

“Equally, I don’t miss much and you are constantly judging and assessing people and building a picture of what you’re going to be working with.

“We judge on the field and off the field, what’s the character and personality? We’ll be away for a lockdown of 40 to 60 days if we’re going to a tournament, how are those people going to cope with that?

“Are they dedicated enough? Professional enough? I’m not going to not pick somebody because of something that has happened in this period but we have a picture forming all the time of people’s lives and where they are at.

“Character is important, if we are going to be a winning team. With all the documentaries I’ve had time to watch and podcasts I’ve listened to it’s clear the character of your senior players and the drive in the team is critical.

“As a manager you are putting them out there to represent you and the country and you have to have reliable people.

“I remember Terry (Venables) talking about a couple of players when he was England manager and saying he’s a great player on his day but when do I know when his day is? You are foolish if you ignore certain repeat signals.”

But several of Southgate’s squad have led by example during the coronavirus crisis, with the boss proud of their actions.

Jordan Henderson led the Players Together initiative to raise funds for the NHS, Marcus Rashford has raised nearly GBP 20million for charity FareShare which has helped to provide meals for nearly 2.8million children a week while Harry Kane sponsored Leyton Orient’s kit having spent time on loan at Brisbane Road as a youngster.

“We have an opportunity to make a difference with what we say and what we do,” said Southgate.

“When you’re wearing the Three Lions it should be something which is in your mind. There is a higher purpose, there needs to be that connection with the fans and that comes not just from how we play but by how we conduct ourselves.

“All of our players have to recognise with their clubs there’s a profile and with us there’s a further profile. They’ll be held more accountable than just a player who plays club football.”