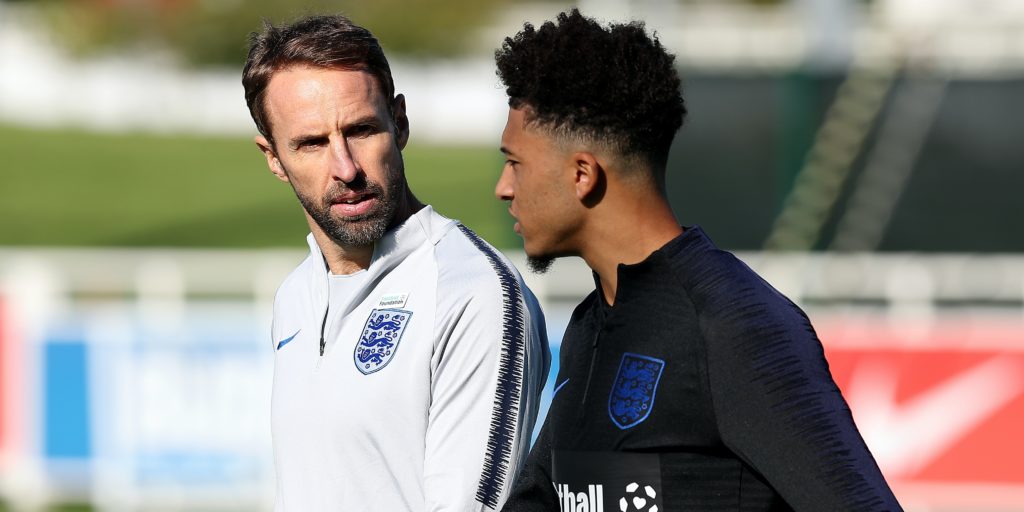 Sancho has scored 22 goals in 45 games for club and country this season.

The Borussia Dortmund forward is expected to be in demand this summer with Manchester United, Liverpool and Chelsea all linked with moves.

Sancho scored a first senior hat-trick for Dortmund in their 6-1 win over Paderborn last month and has a tally of 17 goals in 24 Bundesliga starts this term.

He has excelled in Germany since a 2017 move from Manchester City but Southgate believes wherever the 20-year-old ends up it will still aid England.

“From a personal point of view, for England, whichever route opens up is positive. He’ll play at Dortmund, he is well looked after by the staff and they give the right messages,” he said.

“There isn’t a downside for us if he stays with Dortmund but if we see him in the Premier League that brings different opportunities to see him in a different environment and how he adapts to that.

“The most important thing is that he keeps playing regularly, at his age that’s key to him learning and improving.

“Champions League football is another bonus and that need to be challenging Bayern Munich all the way.

“The Premier League would provide him with a different challenge, the depth of the league is a bit more intense – in terms of the quality.”

Southgate has not spoken to Sancho since the Bundesliga resumed, although checked in with him when Dortmund had returned to training.

He is also staying clear of any transfer talk with the wideman.

“I’m always available to players who want to speak and need advice in whatever areas of their life but I don’t push that when I’m conscious there’s a lot of noise around a player,” he said.

“I don’t think it’s for me to tell him what to do. They should make their own decisions and those decisions won’t influence our thinking too much, in his case anyway.”