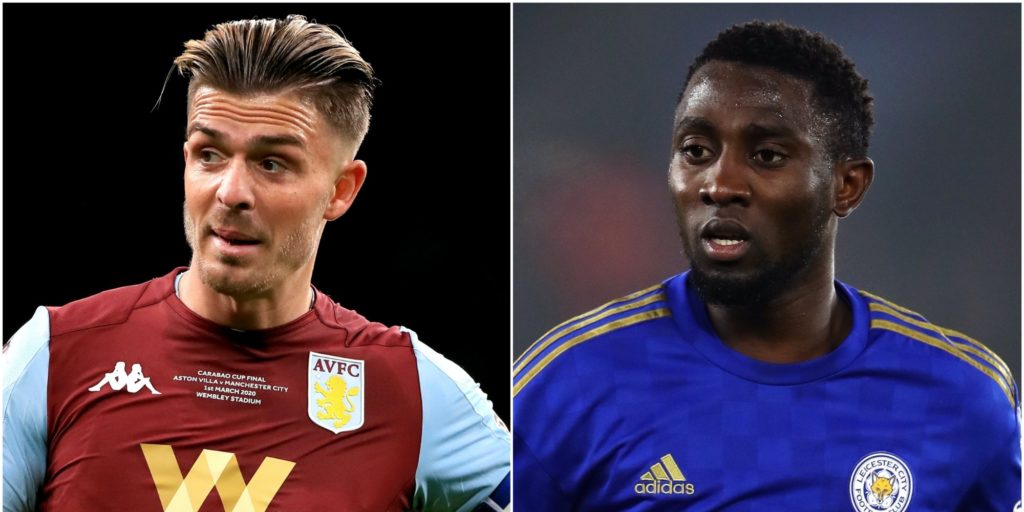 Jack Grealish has been linked with Manchester United while Wilfred Ndidi is another target for the Old Trafford side.

Manchester United are not wasting any time following reports that they will have to wait another year to secure the services of Jadon Sancho. According to the Daily Star, the club is instead gearing up to make a GBP 75m offer for Aston Villa midfielder Jack Grealish to replace the ageing Juan Mata.

Another transfer target for United could be Leicester midfielder Wilfred Ndidi. The Daily Express says the 23-year-old is the most recent addition to the club’s summer transfer wish list, but they could face some strong opposition from Real Madrid and Paris St Germain in the pursuit of the Nigeria international.

The Daily Mirror reports Newcastle have expressed an interest in Chelsea full-back Marcos Alonso. With the Blues reportedly linked with a move for Leicester City’s Ben Chilwell, Alonso’s future at Stamford Bridge is uncertain and Newcastle could swoop on the 29-year-old.

Staying with Chelsea, the Daily Express says the Blues are prepared to pay GBP 75m for Bayer Leverkusen’s Kai Havertz. There is already a stumbling block to the offer however, with the figure believed to be below what the German powerhouse values the midfielder at.

Pau Lopez: Tottenham, West Ham and Chelsea are all reportedly interested in the Roma goalkeeper, according to Estadio Deportivo.

Thiago Silva: Caras reports Arsenal’s bid for the 35-year-old Brazilian defender has received a boost with Silva believed to be keen on remaining in Europe once he leaves Paris St Germain in the summer.