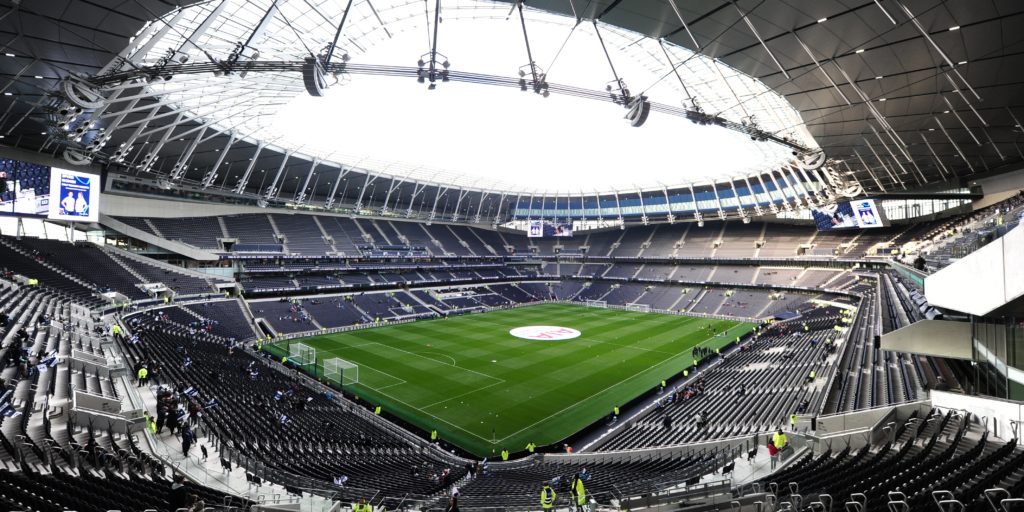 Spurs aim to stream the fan footage into the stadium at points during the home match against Manchester United on Friday.

Tottenham are giving their fans the chance to appear on a live video fan wall that will be streamed into the stadium for their game against Manchester United.

With all of the Premier League’s resumption being played behind closed doors, clubs are looking for ways to gain an advantage for their home matches.

And Spurs will feed in video footage of some of their fans supporting the team at various points during their clash with Manchester United.

Fans must enter a competition, showing themselves kitted out on the sofa and will be encouraged to react to events in the game as they happen, though no audio will be played into the stadium.

A club statement read: “We are giving supporters the chance to be part of a live video fan wall during our first ever behind-closed-doors Premier League match against Manchester United on Friday night.

“Spurs Inside is another first for the club, streamed live on our giant video screens in the stadium bowl intermittently throughout the match so that the players will know fans are watching and cheering them on.

“We are providing a select number of Season Ticket Holders and Executive Members – our regular match attenders – the opportunity to be part of this unique experience.”