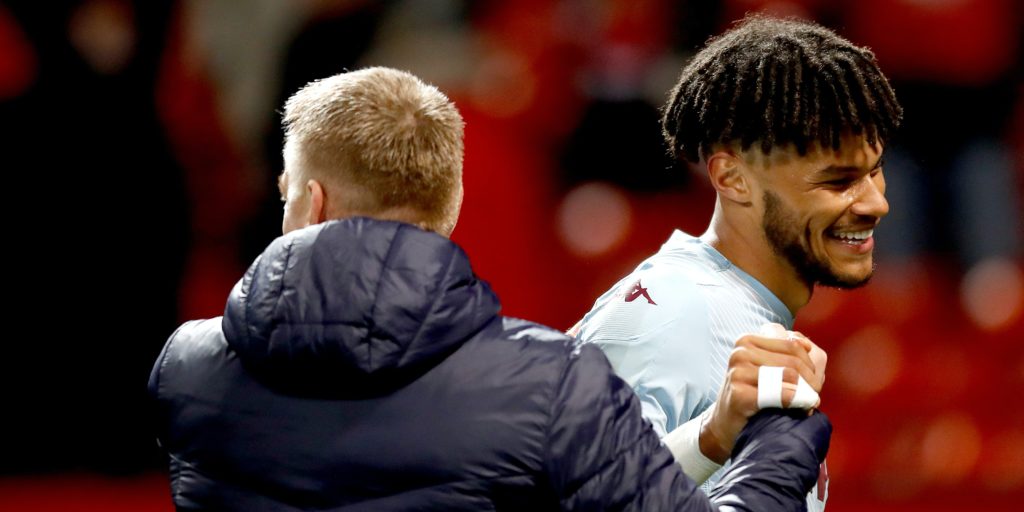 Aston Villa defender Mings was part of the anti-racism marches in Birmingham earlier this month.

The England defender was in Birmingham earlier this month in a show of solidarity as protests continue around the world following the death of George Floyd in America. Floyd, an unarmed black man, died in police custody in May.

Villa kick off the Premier League’s restart, after it was stopped by the coronavirus pandemic in March, when they host Sheffield United at an empty Villa Park on Wednesday.

Top-flight clubs have had to adhere to strict safety protocols in order to return but Smith insisted he had no concerns with Mings’ decision to march with around 4,000 people through Birmingham.

He said: “I wouldn’t necessarily say players can go and do what they want but if someone is passionate about something like Black Lives Matter, and it’s been in the news for everyone, then I fully support him for going and doing what he believes in.

“One thing I allow my players is the fact they use their common sense and social distance.

“You can’t ignore what is happening in the world and we feel strongly about it. We have players who are very passionate about it as well and they have our full support.”

Villa and Sheffield United are the first teams to play again since the Premier League was shut down in March, with Manchester City also hosting Arsenal on Wednesday evening.

Smith suffered a personal loss when his father, Ron, died last month after he contracted coronavirus. The 79-year-old had also been battling dementia.

It has been difficult for people to meet with loved ones but Smith was able to see his father, a former Villa steward, before he died.

“Timing is never good to lose a parent but he is probably in a better place now because he hadn’t been well for a long time so it was one of those things you have to deal with,” he said.

“He was in the care home when he contracted coronavirus but he was asymptomatic and then three days later we had a call that he had been taken to hospital by paramedics. Obviously it was tough for my mum because she couldn’t see him for 11 weeks.

“But he ended up coming out to a nursing home and we were allowed to go and see him in our full PPE at the moment he passed.”