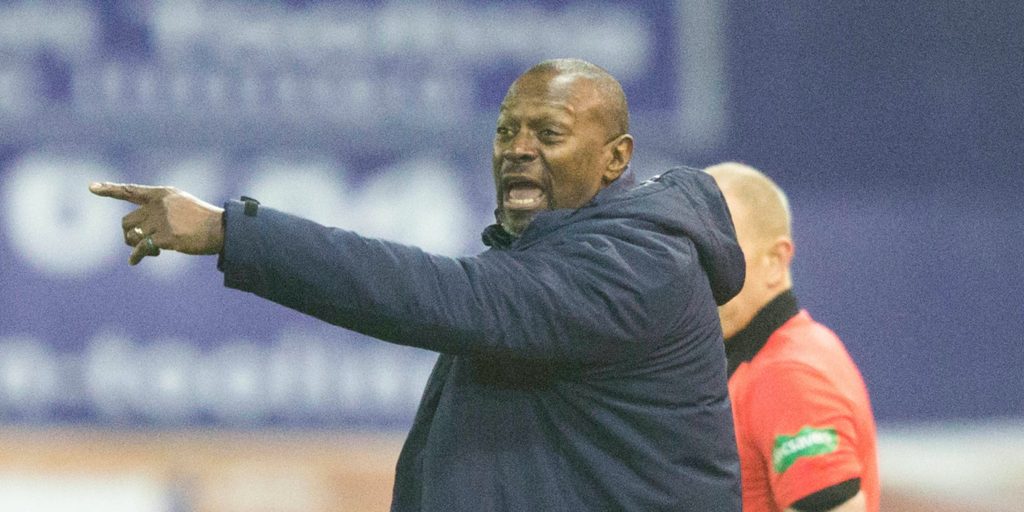 The 54-year-old has signed a two-year contract with Killie.

Alex Dyer hopes he can inspire other black coaches to persist with their managerial ambitions after being given a long-term opportunity at Kilmarnock.

The former Crystal Palace and Charlton player has signed a two-year contract after initially taking charge of Killie on a caretaker basis last December when Angelo Alessio was sacked, before being kept on for the rest of the season.

Dyer was assistant during Steve Clarke’s hugely successful Rugby Park reign and stayed at the Ayrshire club when Alessio succeeded the Scotland manager.

With the subject of black managers high on the agenda amid the recent focus on discrimination, Dyer was asked if he felt like a standard bearer.

“I want to do the best I can. This football club has given me the chance to carry on with my coaching and managerial opportunity.

“For you to ask that question, we know in life that things ain’t fair. We know that there should be more black, Asian, minority ethnic in the game, and should be given the chance.

“And I hope that changes. I hope people look at me and go ‘yeah, it can happen’ and hopefully I get the chance to work hard and people see what I can do, and hopefully that will be a kick-start for other people to get a chance like I have, an opportunity to go out and express myself and do the right thing.”

Dyer has had to be patient for his chance. After a playing career that also took in the likes of Blackpool and Notts County ended in 2001, he initially became a PE teacher before working as fitness and then reserve coach at West Ham, where he first had Clarke as a colleague.

The Londoner was Chris Powell’s assistant at Charlton and Huddersfield before a one-month spell as Welling manager.

Dyer always knew he would have to work harder than some to get where he wanted to go.

“When you are growing up, you do know,” he said. “It’s all around you, you know that it’s going to be difficult. You have been told from an early age, and what you see in life, you know that you have to work hard.

“Everyone works hard, not just black people. But we have been told that we have to because the chances are limited. And history tells you that. You can’t hide from it, it tells you that you don’t get the opportunities that white people get. You have to dig in, stay in the game.

“I was fortunate, I have been in the game since I was 16, and I was fortunate I met Steve Clarke, and he gave me the opportunity to come up here. For him there was no issue whether I was black, white or green. He said: ‘I know you can do this job, I want you with me’.

“I am always going to be grateful to him but he only gave me the opportunity because he thinks I can do the job.”

Dyer confirmed that Andy Millen would step up from reserve coach to work as his assistant. Massimo Donati’s departure from the coaching staff was announced on Sunday.