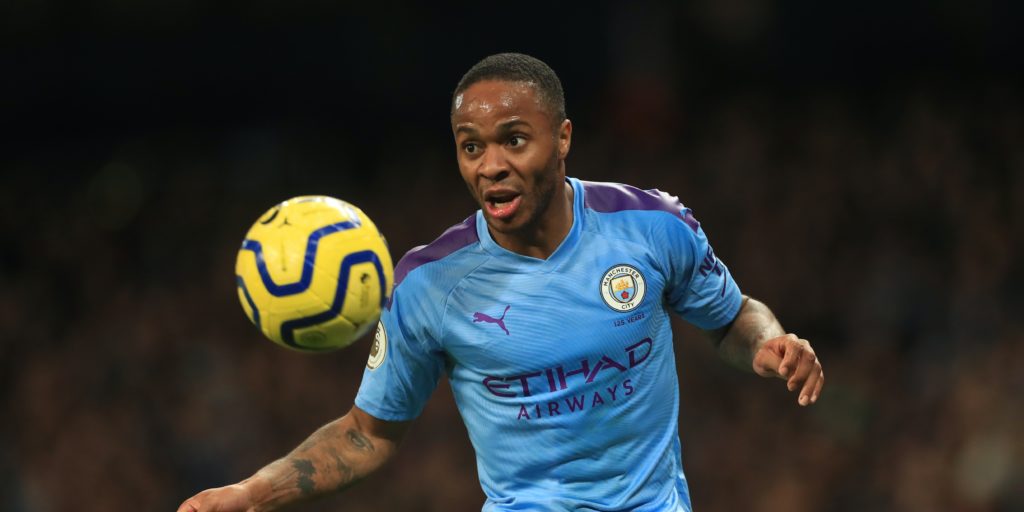 Sterling has been on the receiving end of abuse from fans in England and Europe.

Manchester City and England forward Raheem Sterling says “now is the time to act” against racism.

The issue has been on the worldwide agenda in recent weeks, with the Black Lives Matter movement gaining rapid speed after the death of George Floyd in America.

Racism has also become a topic in sport, with players and coaches speaking about a lack of opportunity for black people, while the Premier League has ordered shirts to don the Black Lives Matter message on the back instead of player names for the first round of matches after the restart.

Sterling says black people are “tired” and has called for action.

“I feel like I speak for most black people, everyone is tired. With the protesting that is going on you see what is happening in America transferring to the UK,” he said on Sky Sports.

“A lot of people have been in silence and is using this opportunity as a moment to be one and try to get not just answers but changes to society.

“People like myself that has a platform to try to get these messages into the right places and have these conversations that can spark change.

“I’m not someone with the most ideas in the world or know exactly what to do but we just have to highlight these things that people are facing in everyday aspects of their lives.

“It is something that is coming up a lot more which is a good thing. I truly do believe that now is the time that we have to act. I am doing my bit behind the scenes.”

Sterling has been on the receiving end of abuse from fans in England and Europe, but has revealed that it has not been confined to just the terraces in the past.

He has spoken about team-mates making ill-judged comments in the dressing room.

“Yes, sly remarks for sure. It goes on today,” he said. “It is in a jokey way but at the same people have to understand if you haven’t felt it you don’t know what it means to the person you’re saying it to.

“Some people will take it on the chin but at the same time it is not acceptable.

The Black Lives Matter message on clubs’ shirts will be joined by a tribute to the NHS for their work during the coronavirus crisis and Premier League chief executive Richard Masters insists the messages are not overly political.

“I wouldn’t see what is going in terms of the messages being overtly political, I see them as ethics based, values statements,” Masters said,

“We have been talking to the players about how they wanted to respond to the two big issues – Covid and the response to events in America and they made clear what they wanted to do to us and we and the clubs were happy to support them, as were the PFA and LMA.

“We are comfortable, absolutely comfortable, to listening to the players where they have strong opinions and it’s right that they express them,

“I don’t see them as being overtly political. We are trying to put out unifying messages.”