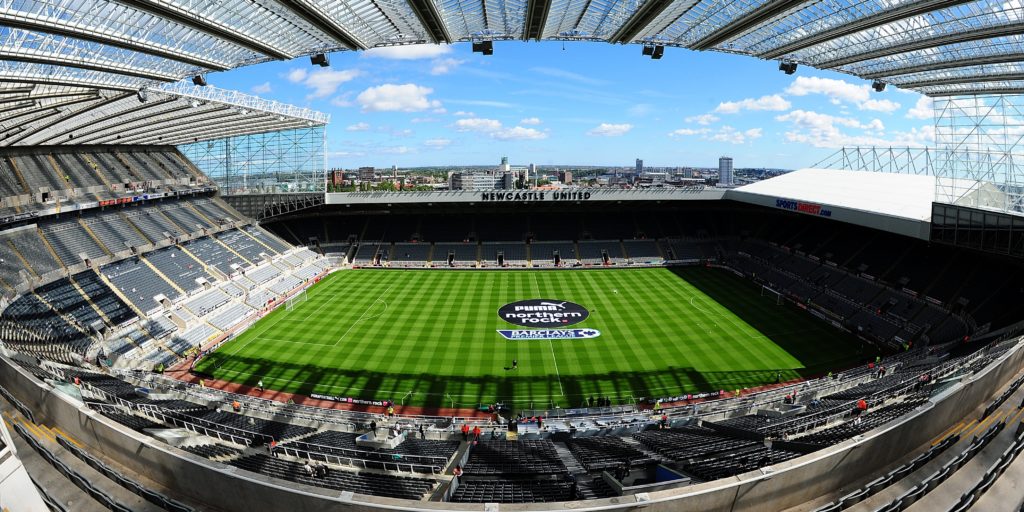 The World Trade Organisation has issued a damning indictment of Saudi Arabia’s role in facilitating the transmission of pirate television broadcasts which could have grave implications for the Saudis’ prospective GBP 300million takeover of Newcastle.

The WTO report found that “prominent Saudi nationals” promoted illegal broadcasts by the pirate network beoutQ, contradicting the Saudis’ previous claims that the network, which used footage from Qatari broadcaster beIN, was acting independently of their influence.

The findings, which were immediately welcomed by UEFA, raise serious concerns over the suitability of members of Saudi Arabia’s public investment fund (PIF) to pass the Premier League’s owners and directors’ test in order to complete their 80 per cent investment in the Magpies.

The WTO’s investigating panel said evidence provided by beIN supported its assertion that “beoutQ’s piracy was promoted by prominent Saudi nationals”, and that “beoutQ has received assistance from a Saudi content distributor in delivering its pirated broadcasts to Saudi consumers”.

It concluded that “the panel considers that Qatar has established a prima facie case that beoutQ is operated by individuals or entities subject to the criminal jurisdiction of Saudi Arabia”.

BeoutQ was involved in illegally broadcasting Premier League games via streaming and satellite, before switching off its satellite in August last year. The beoutQ set-top boxes still allow content to be accessed illegally however, via internet protocol television (IPTV) apps.

Welcoming the WTO’s findings, UEFA said: “What is clear is that beoutQ’s broadcasts constitute piracy of UEFA’s matches and as such, are illegal.

“BeoutQ was hosted on frequencies transmitted by Arabsat and was promoted and carried out by individuals and entities subject to Saudi Arabia’s territorial jurisdiction.

“Those seeking to follow beoutQ’s example should be in no doubt that UEFA will go to great lengths to protect its property and support its partners, whose investment in football helps it to remain the world’s most popular sport from grassroots to elite level.

“Piracy not only threatens that investment but also the existence of professional sport as we know it.”

FIFA also issued a statement, saying piracy of football matches “will not be tolerated”, and adding: (FIFA) demands that KSA takes the necessary steps in order that it conforms to its obligations… in order to protect legitimate media rights partners, such as BeIN, and also football itself.”

Allied with human rights concerns raised by Amnesty International, the Saudis’ bid to buy out Newcastle’s current owner Mike Ashley has become mired in controversy, with hopes of a swift departure for the unpopular Ashley seemingly dashed.

Although Culture secretary Oliver Dowden has previously indicated it is ultimately up to the Premier League to determine the suitability of the new owners, at least two Conservative MPs have called on the Government to investigate the deal and consider sanctions.

Asked on Tuesday about the issue of Saudi piracy, prior to the WTO’s verdict, Premier League chief executive Richard Masters said: “As you know we take piracy very seriously. We stand by what we said on the record in the past but as you know, as to do with anything to do with takeovers, I can’t say anything about the substance or the timing.”

Saudi Arabia cut all ties with Qatar in 2017 and the WTO report also found it had blocked all attempts by beIN to pursue civil enforcement procedures through the Saudi legal system.

BeIN cited “rampant piracy” as part of its decision to lay off over 100 members of staff at its Doha offices this weeks.

Calling the verdict “an historic vindication of intellectual property rights”, beIN officials directly accused the Saudi government of complicity in stifling the global growth of sport – with implications for all Premier League clubs, including Newcastle.

“Sport cannot grow while Saudi Arabia continues to promote the theft of sports rights and ignore the international rule of law – hopefully one day that will change, for the benefit of everyone.”