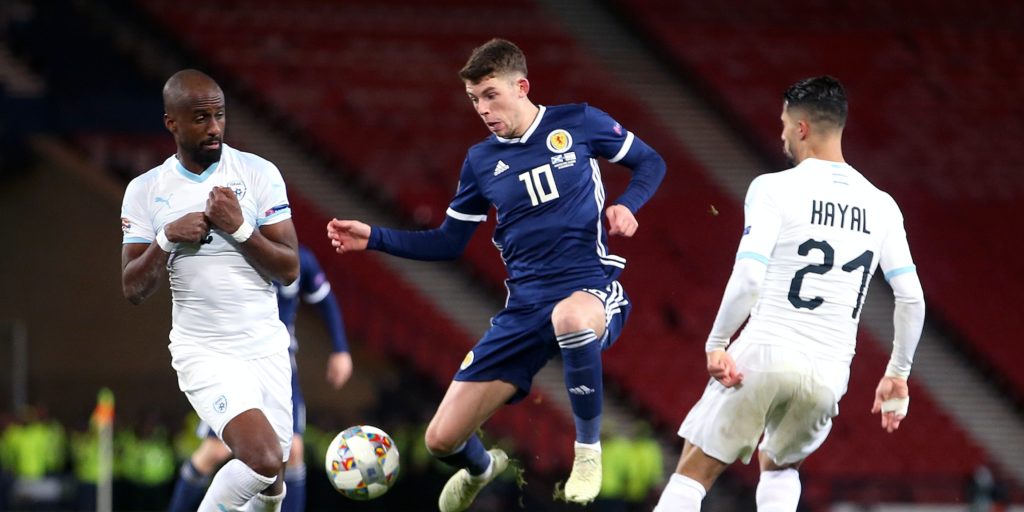 Rangers are yet to find out whether they will play Leverkusen at their own stadium or elsewhere in Germany.

Scotland will face Israel on October 8 in their delayed Euro 2020 play-off.

Confirmation came after a UEFA executive committee meeting which decided dates for a number of competitions.

Rangers will play the second leg of their Europa League clash against Bayer Leverkusen on August 5/6, with the remainder of the tournament also taking place in Germany later in the month.

UEFA took the decision to fit the European Championship play-offs in at the start of the October and November international windows.

That will mean Scotland host Israel in consecutive months, kicking off their Nations League campaign on September 4 before facing the Czech Republic in Prague four days later.

Scotland then take on Israel in the play-offs before home Nations League games against Slovakia and Czech Republic in the October international break.

The play-off final, which would take Scotland to Norway or Serbia if they beat Israel, will be held on November 12 before the final two matches of the Nations League fixtures take place in the following week.

All 12 original Euro 2020 host venues, including Hampden, will stage games at the rearranged finals in June and July next year.

Rangers are yet to find out whether they will play Leverkusen at their own stadium or elsewhere in Germany, with a one-legged knockout tournament set to be held in Cologne, Duisburg, Dusseldorf and Gelsenkirchen for the last eight from August 10-21.

Steven Gerrard’s side lost the home leg 3-1 on March 12, the night before Scottish football was suspended.

Next season’s European club qualifiers will take place in August and September, with all but the Champions League play-offs being staged as a one-off tie. The draw will determine which club will play at home.

Celtic will enter at the Champions League first qualifying round on August 18/19, with the second round a week later. The third qualifier will take place on September 15/16 with the play-off ties in the following two weeks. The group stage is due to start on October 20.

Motherwell and Aberdeen will play their first Europa League games on August 27, while Rangers enter at the second qualifying round on September 17. The subsequent two rounds are in the following fortnight.

Glasgow City face a mini-tournament in Spain to complete their Women’s Champions League campaign. They are due to face Wolfsburg in the quarter-finals on August 21/22 with the final taking place on August 30. Matches will be held in Bilbao and San Sebastian.