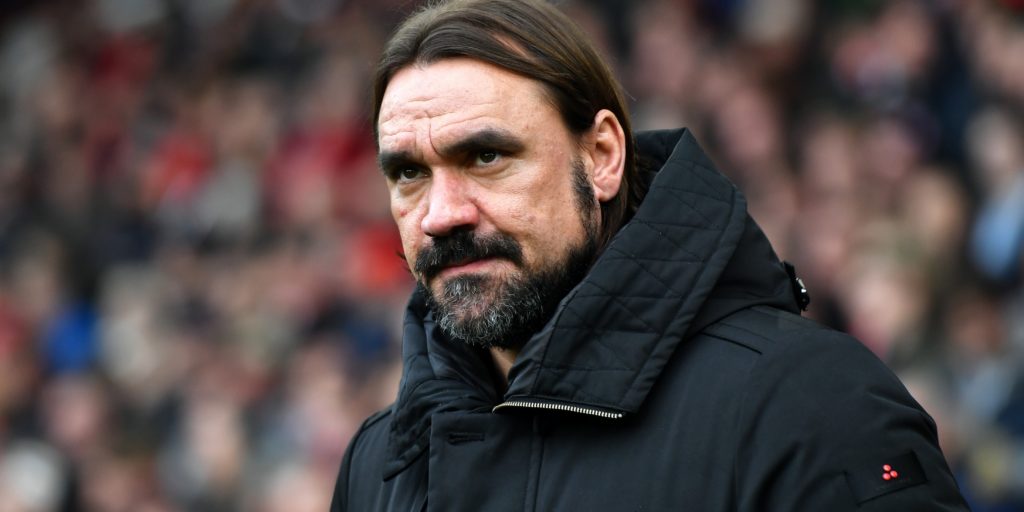 The Canaries are six points from safety.

Norwich head coach Daniel Farke has set his side the challenge of winning five of their nine remaining fixtures this season, which he believes will be enough to preserve their Premier League status.

The Canaries have won only five of their first 29 matches since being promoted back to the top-flight last year and occupy bottom spot in the standings, six points adrift of safety ahead of Southampton’s visit on Friday night.

However, the coronavirus-enforced hiatus has given Farke a renewed sense of optimism, even after ruling out defensive trio Grant Hanley, Sam Byram and Christoph Zimmermann for the rest of the campaign due to injuries.

“We are the underdog, without any doubt, we have the most complicated situation of all competitors because we have the lowest amount of points so for that we’re not naive,” the German said.

“My feeling is we all are 100 per cent convinced that we still have a chance. It’s not like we have to pray that other results will go in our favour, it’s more like it’s all in our hands.

“We have nine games and if we are capable to win at least five games then we will stay in this league. It’s unbelievably complicated for us as a newly-promoted side to manage this but it’s still possible.

“I’m more convinced that we have a chance to stay in this league even more than before the break, if I’m honest. We have nothing to lose and a lot to win, this is the attitude we will go into this last five weeks.”

Club captain Hanley is facing 12-16 weeks on the sidelines and will undergo surgery on his injured hamstring this weekend while fellow defenders Byram and Zimmermann have had setbacks during their rehabilitation.

“The long break didn’t help that much,” Farke said.

Marco Stiepermann returned to training on Thursday but he is another absentee against Saints, following a peculiar few days in which he tested positive for coronavirus, necessitating the midfielder going into self-isolation.

But he was asymptomatic and then quickly returned two negative tests, with Farke revealing his compatriot does not have the antibodies that would have built up after contracting the virus.

“It could be that it was a false positive but I can’t blame anyone for this,” a pragmatic Farke added. “We don’t know enough about this virus to judge it with 100 per cent safety.

“It was a big blow for Marco because he was in a really good shape, it was a shock for the whole team, but these things can happen.”