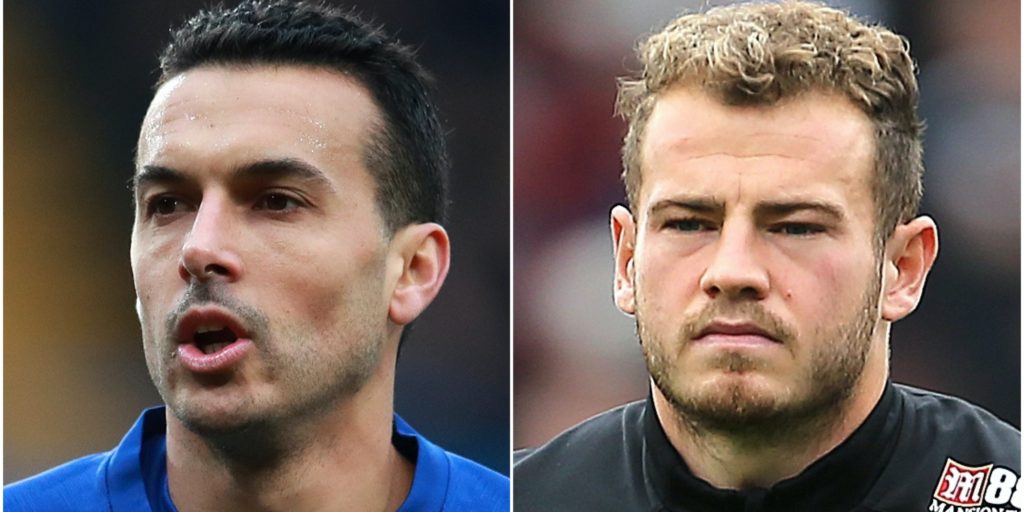 Fraser, Pedro and Messi are being spoken about in Thursday’s papers.

Ryan Fraser has made it known he wants to join Everton, according to the Daily Mail. It was confirmed on Wednesday that the Scotland winger would not be extending his contract at Bournemouth beyond the end of the month and would be leaving on a free transfer. And he is said to have confided in friends he wants a move to the Toffees, while the Daily Star says Tottenham have ended their interest in the 26-year-old.

Chelsea forward Pedro will join Roma on a free transfer at the end of the season, reports the Guardian. However, the 32-year-old Spain international is yet to decide on signing a short-term deal to allow him to remain at Stamford Bridge for the remainder of the Premier League season.

Bayern Munich will look to sell defender David Alaba rather than let his contract run down, says the Daily Telegraph. The 27-year-old, who has just been part of an eighth successive Bundesliga title campaign with the Bavarian giants, has previously been linked with moves to Paris St Germain and Manchester City.

Manchester United are looking to bolster their attack with Bayer Leverkusen’s Leon Bailey, says the Daily Mirror. The club have also been linked with moves for Jack Grealish and Jadon Sancho.

Both Leicester and Crystal Palace are eager to sign James Tarkowski from Burnley, reports the Daily Mirror.

Lionel Messi: Barcelona are to offer their forward a new contract which will keep the six-time Ballon d’Or winner at the club until at least 2023, reports Mundo Deportivo.

Benjamin Henrichs: Bayern Munich look as if they will be beaten by RB Leipzig in the race to sign the Monaco right-back, according to Bild Sport.

Ansu Fati: Barcelona will demand that Manchester United meet the teenager’s GBP 151million release clause if they want to sign him, says the Daily Star.