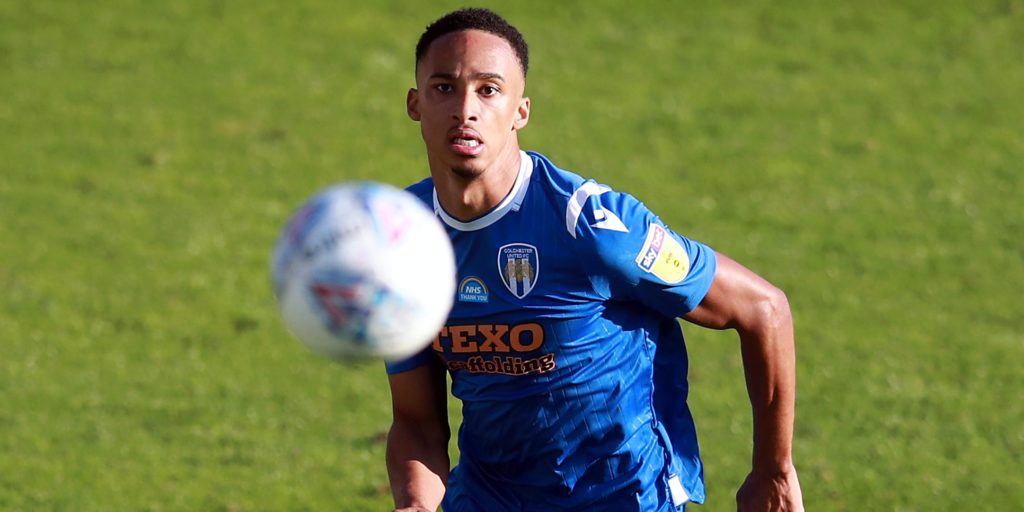 Bramall curled in a fine free-kick from the edge of the area with nine minutes remaining of the first-leg tie.

Bramall curled in a fine free-kick from the edge of the area with nine minutes remaining of the first-leg tie at the JobServe Community Stadium to give the U’s the edge, ahead of the return game at St James Park next Monday.

McGreal said: “Cohen has that in him and it was always going to take something special to win the game.

“It was a brilliant free-kick. It was great technique by Cohen for the goal and that’s something that he works on in training.

“That’s what he can do and he’s shown that he can do that for us. He also played a big part defensively in dealing with Randall Williams.

“I know we signed him but we consider him very much part of what we’re trying to achieve here.

“I’m proud of what we’ve achieved in two weeks since coming back from lockdown.

“It’s bound to have affected both sides and I thought it was a close contest between two well-matched teams.

“It was a close game and it’s likely to be the same down there.

“They’ve made a long journey here today and it will be the same for us, on Monday.”

It was a cagey first-leg affair, with few chances for either side.

Exeter keeper Lewis Ward had tipped over a Bramall free-kick in the first half and also denied Frank Nouble after half-time.

At the other end, Exeter substitute Matt Jay’s free-kick flew into the side netting before Bramall made the breakthrough in the 81st minute with a free-kick from the edge of the area that Ward could not keep out at his near post.

Exeter manager Matt Taylor said: “We feel that a draw would have been a fair result.

“It was disappointing conceding the way we did and we were just running out of legs towards the end.

“But all credit to Colchester for the way they kept on going. It was tired legs and tired minds when we conceded the free-kick at the end and we didn’t need to take it backwards, like we did.

“It was also disappointing to see the free-kick go in at the near post but the lads gave it everything and they put in a shift.

“We will have to assess how they are and then move on to Monday.

“It was always going to be cagey but I think both teams had a good structure about them – it lacked quality but we’ve got some quality players on the pitch, as Colchester do.

“If we want to progress, we have to improve on things.”