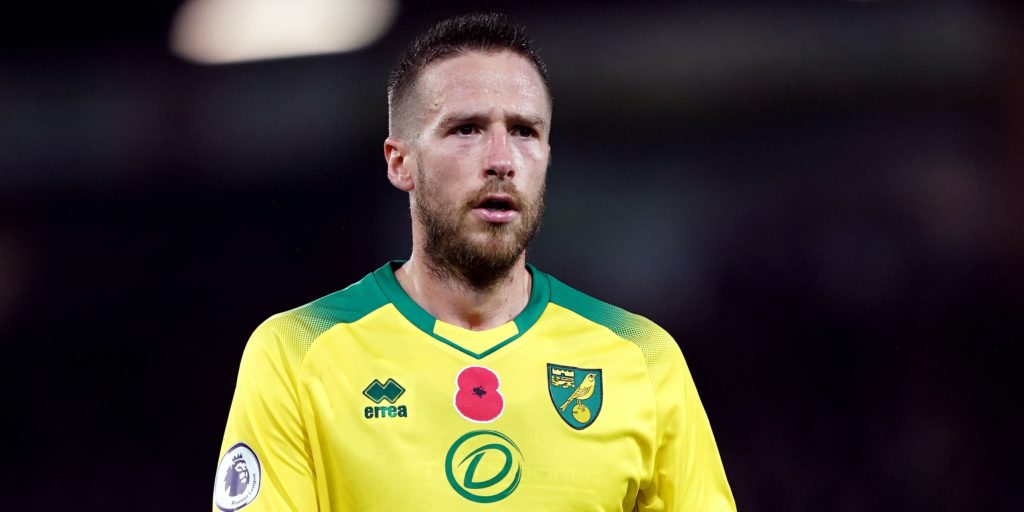 The German midfielder has remained asymptomatic throughout.

Marco Stiepermann will return to team training at Norwich on Thursday after being named as the player who tested positive for coronavirus.

The Canaries were informed of the positive test last Friday, the same day they played Tottenham in a friendly, but initially refused to disclose who it was.

The German midfielder has remained asymptomatic throughout and has since taken two further tests, with both returning negative results.

A club statement read: “Norwich City can confirm that the club have been granted permission by the Premier League for the first team player who initially tested positive for Covid-19 to return to team training.

“The player in question, Marco Stiepermann, who is now happy to be named, has remained asymptomatic throughout.

“After being informed of the positive test result on Friday evening, the player immediately followed the appropriate isolation procedure as detailed in the Premier League protocol.

“Whilst in self-isolation in his own home, Stiepermann has since taken two further tests, with both returning negative results.

“Following dialogue between the club and the Premier League, permission has been granted for Stiepermann to return to group training at the Lotus Training Centre on Thursday.”

Norwich, who are bottom of the table, host Southampton on Friday in their first Premier League game since English football was suspended on March 13.