Home News Oliver Dowden: Football fans could return to stadiums for start of next season

Oliver Dowden: Football fans could return to stadiums for start of next season 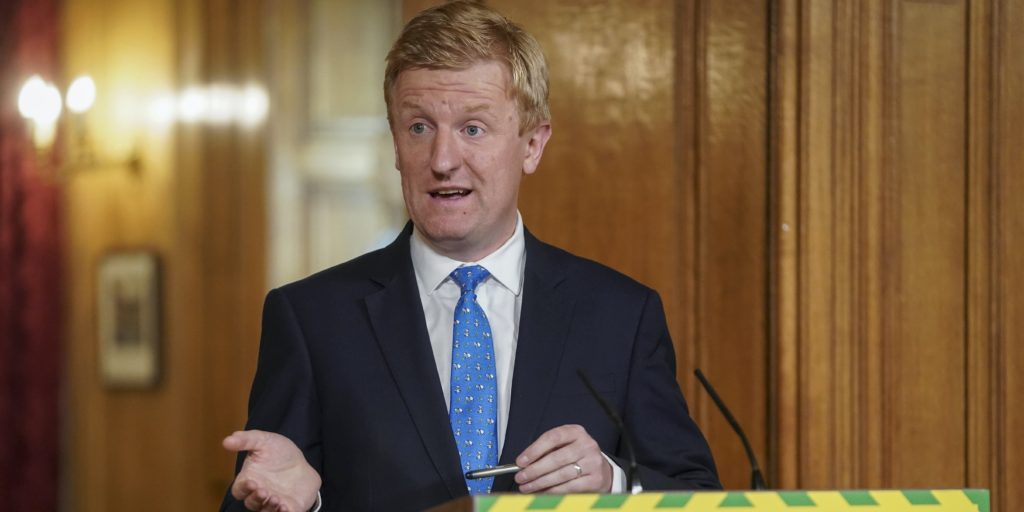 The 2019-20 campaign will be played without supporters in attendance.

Football fans could be able to return to stadiums at the start of next season, according to Culture Secretary Oliver Dowden.

The 2019-20 Premier League season resumed on Wednesday evening, with all the remaining 92 matches taking place behind closed doors. The remainder of the Championship campaign, which starts on Saturday, will also be played without fans present.

The Premier League and the English Football League will be looking to start the 2020-21 season at some stage in September, and Dowden believes there is a possibility of some fans watching matches in person by then.

“I would really hope that by the return of the new season we might be in a position whereby some fans could start to return to stadiums,” he said at the Downing Street daily briefing.

“And I know that would be another important part of restoring the financial position of clubs.”

Dowden said the outdoor element meant it was possible sports stadiums could reopen before theatres.

“I think you see different scenarios – in relation to stadiums where people are outside and they are much bigger and there is more scope for social distancing, it may be that you could do that sooner,” he said.

“I know particularly with the performing arts and theatres, when you are doing that in a confined space, there are greater risks there.”

Premier League chief executive Richard Masters said football would not be “back with a capital B” until fans are able to return and says clubs have expressed a willingness to be “guinea pigs” in any experimentation around phased reopenings.

At EFL level, the chairman of Forest Green Dale Vince has said his club are budgeting for a whole season without supporters, but hopes that stadiums may reopen on an incremental basis over the course of the campaign.

For the time being though, supporters are being urged to stay away, with Masters warning that gatherings outside stadiums may risk the league’s ability to complete the vast majority of its fixture schedule on a home-and-away basis.

“We think the messaging is going to be clear, we don’t think there will be any incidents of gatherings outside of football matches,” he said.

“So hopefully it won’t occur, but should it occur the progress we have made on neutral venues could be at risk.”