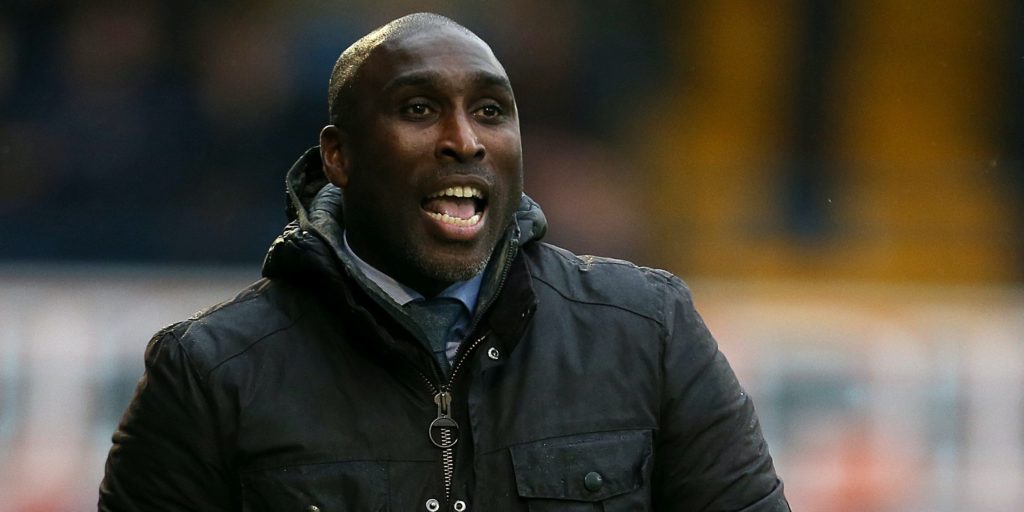 The players’ union set out its own diversity statistics earlier this week.

The English Football League’s version of the ‘Rooney Rule’ should be strengthened to improve the under-representation of ethnic minorities in management and coaching positions.

The call comes from the Professional Footballers’ Association, which on Tuesday set out statistics on diversity levels within its organisation.

England and Manchester City forward Raheem Sterling insists more must be done to improve the number of black players progressing into the managerial ranks.

The EFL’s recruitment code made it mandatory from this season for its member clubs to interview at least one ethnic minority candidate in any recruitment process.

However, the PFA says too often an informal process is run, without a short-list, which means clubs are not giving opportunities to ethnic minority candidates.

It has called on the EFL to set out how many ethnic minority candidates were interviewed for first-team manager and other coaching positions by its clubs in the 2019-20 season.

“Interviewing BAME (black, Asian and minority ethnic) candidates for the position of a first-team manager only becomes mandatory when clubs initiate a short-listing process and interview more than one candidate,” a PFA statement read.

“This means that clubs targeting a specific candidate or prioritising a quick appointment can potentially bypass the recruitment code.

“Of the current 71 managers in situ at EFL clubs, 70 per cent were appointed during the season when a full recruitment process is unlikely. We are calling for the recruitment code to be mandatory for every managerial appointment, as of next season.”

The PFA also called on the EFL, plus the Football Association, the Premier League and the League Managers’ Association, to have “substantive BAME representation” for the 2020-21 season.

A letter from FA chairman Greg Clarke to the national governing body’s council, published on Thursday, read: “Whilst nearly 30 per cent of professional footballers in the PL and EFL are black, we have pitifully few head coaches, senior executives and board members who are black.

“Even at the FA, we have no black board member and no black SMT (senior management team) members. This has rightly been questioned by black England players and black ex-England players.”

Paul Elliott, the chair of the FA’s inclusion advisory board, is urging clubs and governing bodies to “step up” and increase the level of ethnic minority representation at the top of their organisations.

The slogan appears in place of player names on the back of Premier League club shirts and players took the knee prior to Wednesday night’s top-flight matches at Aston Villa and Manchester City.

But Elliott says all of that will be “an empty gesture” if it does not lead to a change in how ethnic minorities are represented within football, and has called on clubs and administrators to adopt the voluntary Equality In Football Leadership code.

Elliott says he will work with other senior black leaders in the game to work on the details of the code, but the idea will be that it can create meaningful targets to improve representation.

A number of high-profile names from within the sport put their names to Elliott’s letter, including the managers of England’s senior men’s and women’s teams, Gareth Southgate and Phil Neville, Match of the Day presenter Gary Lineker and Sky and BBC pundit Alex Scott.

“Don’t be silent. Football must unite against inequality. Join in and make football and society fair for all,” Elliott added.

“Football is coming together to ensure this initiative gains genuine traction rather than be another opportunity for making speeches and hand-wringing.”

Meanwhile Manchester United will donate all proceeds of shirt printings of ‘Black Lives Matter’ to anti-racism organisation Kick it Out.

All Premier League teams are wearing shirts with ‘Black Lives Matter’ printed in place of player names for their first match back, with United due to sport theirs against Tottenham on Friday.

Kick it Out chair Sanjay Bhandari said: “We are incredibly grateful for this support from Manchester United. There remains much to be done to combat discrimination and promote inclusion in football but we know that with the help of United and others, we can make progress.”