Home News Why were Blades’ celebrations cut short by technology?

Why were Blades’ celebrations cut short by technology? 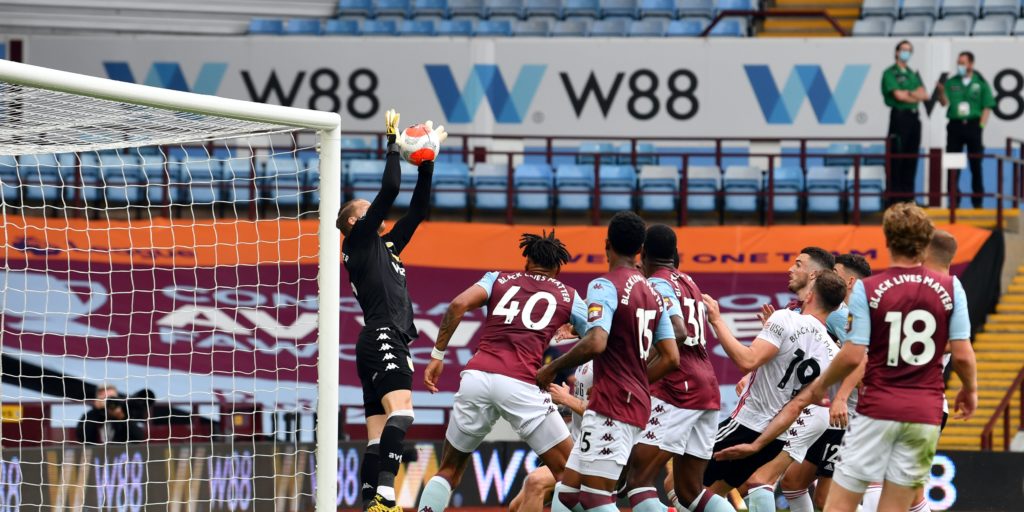 A closer look at the issue which denied Chris Wilder’s European hopefuls a goal at Aston Villa.

The Premier League’s Project Restart got off to a false start at Villa Park on Wednesday when goal-line technology failed to award a goal to Sheffield United.

Here, the PA news agency takes a closer look at the incident.

A free-kick from Oliver Norwood curled towards the Aston Villa goal and was caught by their goalkeeper Oliver Nyland, who stepped back and carried the ball over the line.

Why did the technology fail?

Hawk-Eye, the company which operates the goal-line technology (GLT) system, said it had failed because the seven cameras trained on the goal area had been “significantly occluded” by Nyland, his team-mate Keinan Davis and the post. This level of obstruction had not been witnessed in more than 9,000 matches where the system had been in operation, Hawk-Eye said.

Why didn’t the referee award the goal?

Referee Michael Oliver did not award a goal because he would have been expecting to receive a signal as part of the integrated goal decision system. As no signal was received, he allowed play to continue.

Why didn’t the VAR intervene?

For the same reason as Oliver – no signal was received. Because play continued there could not be a review of the incident by the VAR.

Could the VAR have intervened?

There is nothing in the VAR protocols set out by the International Football Association Board (IFAB) which prevent VARs reviewing goal/no goal decisions. However, the ball crossing the line would not have the ‘clear and obvious’ test applied to it in normal circumstances because, like offside, it is considered an objective rather than a subjective decision, with technology in theory allowing a better decision to be made.

Will this change how things are done in the future?

Hawk-Eye has apologised for the error, but it is not clear yet whether it will look again at the technology to see whether even such a rare glitch as this can be ironed out.

From a Premier League point of view the incident is viewed as something of a ‘perfect storm’ and it is unlikely we will get to a position where the VAR routinely questions the goal-line technology. If a goal is given, the VAR would trust the technology to award the goal unless it was immediately obvious that the system had failed.

Will there be a review of this incident?

Premier League referees hold regular debriefing sessions about a whole range of issues, but it is understood there will be no specific inquest into this incident.