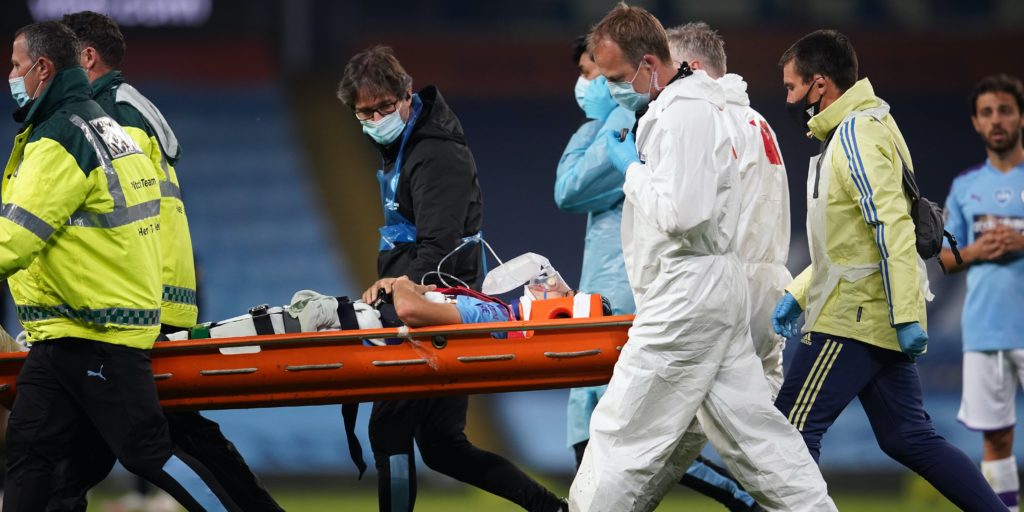 Garcia suffered a concussion after a nasty accidental collision with team-mate Ederson.

Manchester City will be without Eric Garcia for the visit of Burnley on Monday night while fellow defender John Stones and goalkeeper Claudio Bravo are doubtful.

Garcia suffered a concussion after a nasty accidental collision with team-mate Ederson in the closing stages of the 3-0 midweek win over Arsenal on Wednesday and protocol dictates he will be sidelined for at least a week.

Stones (ankle) and Bravo (hamstring) were absent at the Etihad Stadium after sustaining minor injuries in the build-up to the Premier League resumption and they are unlikely to be back for the Clarets visit.

Johann Berg Gudmundsson (calf), Ashley Barnes and Chris Wood (both groin) will miss out with injuries, while Dyche remains unsure if he will be able to call on players whose contracts are due to expire at the end of the month, with no short-term extensions yet agreed.

Phil Bardsley, Aaron Lennon, Jeff Hendrick, Joe Hart and Adam Legzdins are all in the final fortnight of their deals, while Ben Gibson continues to train away from the club with his Burnley career seemingly over.