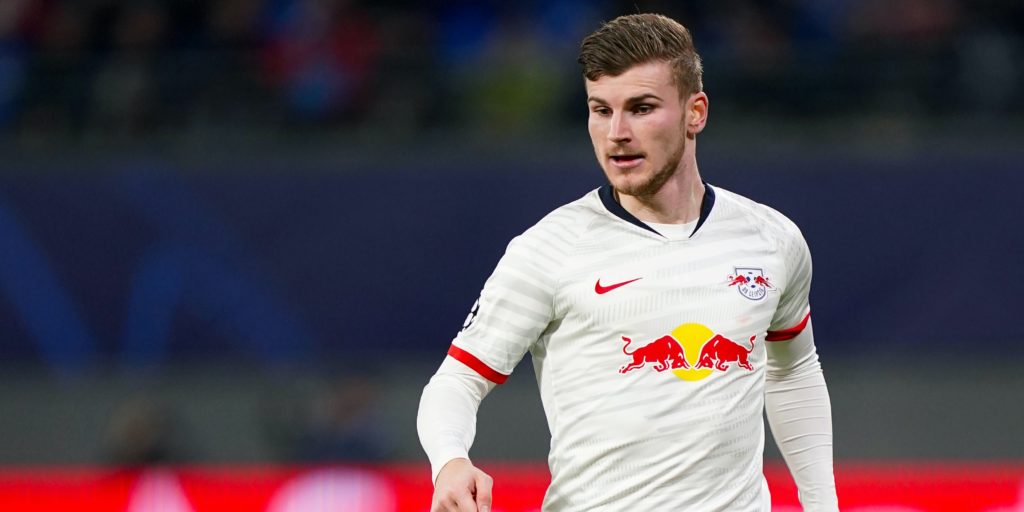 Frank Lampard believes Timo Werner has the “personality and humility” to be a big hit at Chelsea.

The Blues this week pulled off a significant transfer coup by sealing a GBP 53million deal for Germany hitman Werner to join the Stamford Bridge club this summer.

Lampard revealed he has tracked Werner for some time, and admitted being left impressed by his phone conversations as Chelsea tied down a long-term deal for the coveted forward.

“I did speak to Timo, and he was excited, which is great. I’m certainly excited to have him here,” said Lampard.

“We obviously have to hold our breath slightly because we have business at hand at the moment and so does he, finishing their league.

“But I’ve spoken to him, and he’s the type of player and type of profile we’re looking at, who can come here and have a big impact, hopefully.

“We’ll have to give him a bit of time in adapting, we all know the Premier League is a slightly different animal to all our leagues in world football.

“But the talent I think Timo has, the work ethic, his personality and humility actually, really shone through for me, when speaking to him.

“So I’m very excited to have him in all senses.

“He’s clearly a player that we liked. I’ve certainly followed him for a long time myself, individually just as a talented player, even before I had this job.

“But as a club, clearly we went for him, and he certainly will strengthen us in my opinion.

“He’s got huge talent, had a fantastic season this year but before that as well.

“Where we probably couldn’t do as much business in the last couple of windows for whatever reasons, it’s given us a chance to see some youth have more time in the team.

“But we were very clear about the fact we wanted to improve. And Timo Werner is always a signing that will improve us.”

Werner’s summer arrival at Stamford Bridge will bolster the competition for England striker Tammy Abraham, but Lampard insisted that can only benefit the club.

“I have spoken to Tammy before on the idea of competition and I don’t feel the need to have to address every player after one comes in at a club like Chelsea, because that’s what it is about,” said Lampard.

“It has been about that in its most successful years in recent years, in the Roman Abramovich era mainly.

“Tammy has had a really good season for us and he has to sustain and improve on that because at Chelsea we have demands.

“I am happy to have options and we have options in forward areas and we must have competition for places. I am pleased with the idea of that.”

Wingers Pedro and Willian remain locked in negotiations over short-term extensions to their expiring contracts.

Lampard admitted Chelsea are still working hard to seal deals for the duo to complete the delayed campaign with the Blues, with their current deals shortly running out.

Chelsea face a June 23 deadline to finalise short-term deals for their long-serving wingers, with Lampard still hopeful of a positive resolution.

“As a club, obviously, if we are trying to extend players for that period we want them to stay,” said Lampard.

“As is well documented we have a couple of players in that situation and we have until next week to find a solution, hopefully.

“It would be great for us, obviously, to finish this campaign with the players we started it with and with the quality players we are talking about.”