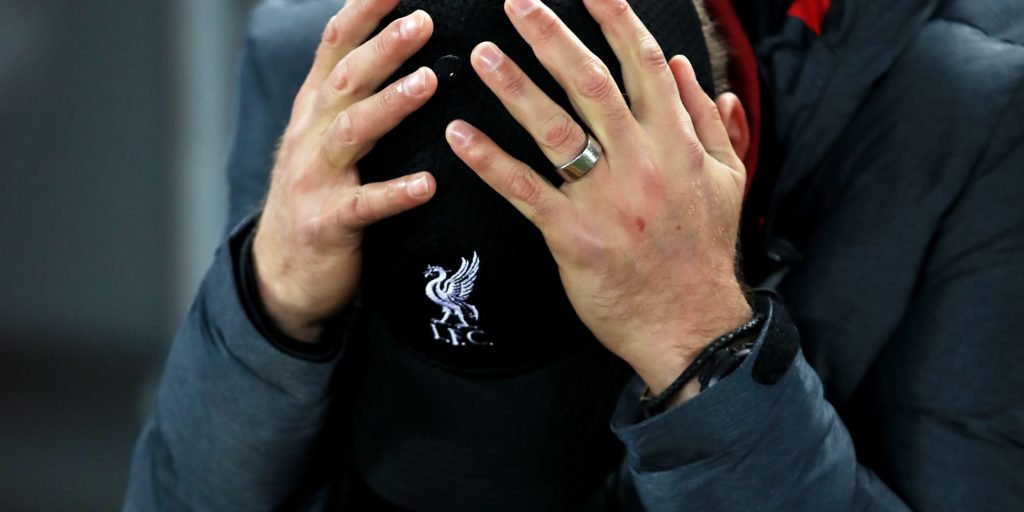 The possibility of “null and void” worried the German.

Liverpool manager Jurgen Klopp admits there was a moment when he feared the club would be denied the chance to win their first league title in 30 years because of the coronavirus outbreak.

The Reds hold a 22-point lead over Manchester City and need just two more wins to guarantee a long-awaited first Premier League triumph and a first championship since 1990.

But soon after the season was suspended in March Klopp began to worry it would never happen.

“I didn’t think when we went to lockdown ‘Oh my god, that is our season, we are so close’, because it was not important in that moment,” he said.

“I became worried in the moment when people started talking about ‘null and void’ this season because I was like ‘Wow’.

“I really felt it physically. That would have been really, really hard. We don’t expect to get it as a present so we didn’t want to have a points-per-game basis so we were really happy when it was decided we could play again.

“There were moments when some people brought it up from time to time for different reasons but when it was off the table I felt quite relieved.

“If they had done points per game and we couldn’t have played then we would have been champions but now we aren’t and we have to play for it and that is great, that is how it should be in sports.

“And now we go for it. We don’t think in our mind we are already there. It will be tough, tougher than tough, the next few weeks.

“But we will be fine and we will see what we have to celebrate and how we celebrate but these things are only important in the moment when it has finally happened and not before.”

During the lockdown Liverpool’s squad have been at the forefront in supporting a number of campaigns, whether it be captain Jordan Henderson taking a lead role in the Players Together initiative to raise funds for the NHS or the squad as a whole ‘taking a knee’ in a training session at Anfield backing the Black Lives Matter movement.

Elsewhere other players have been notably prominent, not least Manchester United striker Marcus Rashford’s successful campaign to force the government into a u-turn over free school lunches during the summer holidays.

Klopp praised all the collective efforts from Premier League players, saying they had the opportunity to be a force for change.

“Let’s start with what Hendo and the players did during the lockdown: I am proud of the players but not surprised because I know they do a lot of things without really talking about it,” he added.

“What Marcus Rashford did was unbelievable, a little bit of a shame he had to do it as it should be natural but there was something to do and he did in in an incredible manner.

“If football is a role model for anything in life it is for equality. Everyone is exactly the same, wherever you come from absolutely the same.

“It is all about who you are not about which colour you have or which haircut you have.

“We have to stand up and do whatever we have to do and we will do 100 per cent just to solve this situation for now and the future.

“The past we cannot change but the future we can and we must try.”

Klopp had nothing to say on Chelsea’s capture of RB Leipzig forward Timo Werner, despite the player being heavily linked with a move to Anfield.

“It is funny we don’t speak about transfers we potentially do and now I would speak about a transfers of Chelsea? Funny. Why should I do that?” he said.

“I have nothing to say. Timo Werner is a Chelsea player for next season. That’s it.”