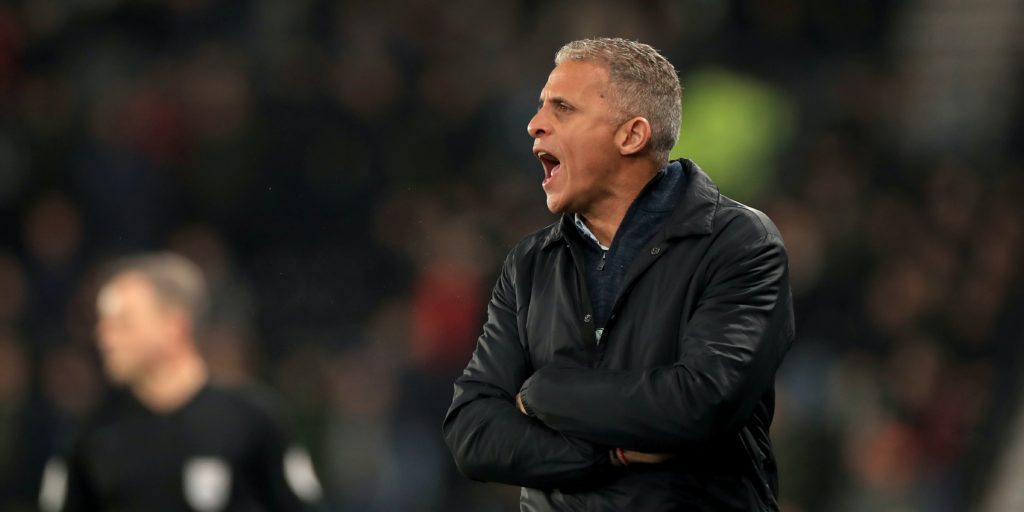 The Cobblers were beaten 2-0.

Northampton manager Keith Curle has not given up hope of reaching the League Two play-off final despite losing 2-0 at home to Cheltenham in the semi-final first leg on Thursday night.

Charlie Raglan’s first-half header was added to by Conor Thomas just three minutes from time to hand the Robins a significant advantage going into Monday’s second leg at Whaddon Road.

But Northampton created numerous opportunities and would have taken something from the game if it was not for Cheltenham goalkeeper Owen Evans, whose early penalty save from Ryan Watson was the highlight of an outstanding performance.

And Curle believes his side can cause more problems in the return fixture.

“I think everyone has seen enough games and knows enough about football to understand that 2-0 is a difficult lead to defend and that’s the message to the players,” he said.

“Score the first goal on Monday night and it will change the course of the game.

“Tonight we had a great opportunity to score the first goal and we had three other penalty shouts that, on another night with a different referee, could have been given and that would change the momentum of the game.

“Tonight things didn’t quite drop for us but on Monday I believe they will. Their goalkeeper did well but we put the ball in the box and we ask questions and we won’t change in the second leg because we’ll ask them more questions.

“There’s goals to be had and I believe there will be more goals on Monday night.”

He said: “You’d always take a 2-0 away from home, in any game, so to come to a tough team like Northampton and show the resilience we did, the lads were magnificent.

“I’m not sure how many times they put the ball in the box but it went in a lot and we stood up to be counted.

“Owen stepped up for us at a big moment in the game and he did his job and then we went down the other end and scored from a set-piece of our own and that was crucial.

“I thought we were excellent in the way we went about it. We didn’t play as much good football as we’d have liked – we did it in pockets – but that’s credit to Northampton because they break the game up and it’s hard to get into any sort of rhythm or flow.

“But no one can say we’re just a nice, pretty team because we do roll our sleeves up and we’ve got defenders who want to head it.

“I’m really happy with the shape of the team, the organisation and the mentality.”