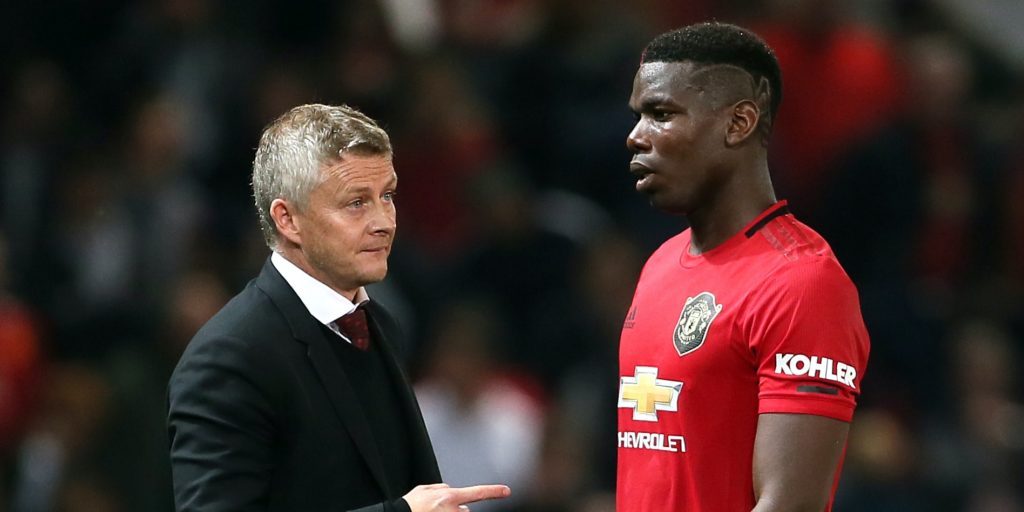 The Frenchman has made only eight appearances this season due to injury.

Ole Gunnar Solskjaer expects to see the best of Paul Pogba as the Manchester United midfielder looks to put a wretched campaign behind him.

Having stayed at a club that the World Cup winner publicly admitted over the summer he was open to leaving, the 27-year-old has endured a season to forget at Old Trafford.

Pogba has managed a mere eight appearances across all competitions due to foot and ankle issues, with United’s record signing last appearing for the club in the 4-1 Boxing Day win against Newcastle.

The France international could make his long-awaited return when their Premier League campaign resumes after the coronavirus suspension at Tottenham, where Pogba would face old boss, and adversary, Jose Mourinho.

Asked if he was confident of seeing the best of Pogba for a consistent period, Solskjaer said: “Yeah, I really hope and believe.

“Of course Paul has had his difficult season this year with loads of injuries, but I can see his mentality and focus now that he is fit and training and available, that he is ready to play again and to prove… he has always had quality, Paul.

“He is one of the best midfielders in the world so hopefully we can get that going as soon as possible.”

United’s midfield has improved markedly since Pogba last played due to the January arrival of Bruno Fernandes – and the potential of the pair playing together is a mouth-watering prospect.

“I want the same from Paul as from all the others – that we give our best,” Solskjaer said ahead of Friday’s trip to north London.

“Paul is one of the best midfielders in the world, so of course we expect him to gradually improve as he gets more and more game time.

“I don’t know if it’s 45 minutes this time, is it 60, is it… so gradually over these next few months we can work him up back to his best.

“Paul has had a very, very good career. Of course he is a World Cup winner and we want to have that leadership on the pitch as well.”

The lengthy Covid-19 suspension stretching back to mid-March has allowed Pogba time to recover, so too England international Marcus Rashford from a troublesome back injury.

The duo’s availability is a welcome shot in the arm for a side unbeaten in 11 matches and vying for Champions League qualification, as well as FA Cup and Europa League glory.

“I hope that we can show some of our best form until the end of the season because it’s a big two months for us,” Solskjaer said.

“If we can get everyone up to speed as quick as we can, we have got a good chance of challenging for trophies and challenging for the top three positions because I think we have to look upwards.

“The first couple of games in a new season, which this is, a mini season, things always seem to happen – individual mistakes or a referee makes a mistake or Hawk-Eye even makes a mistake – and we hope that we can get a good start against Tottenham.

“With Paul and Marcus being back, having everyone fit will stand us in good stead and we hope to challenge for trophies towards the end.”

The lockdown has also given 18-year-old Mason Greenwood the chance to rest and develop, having scored 13 goals in 37 appearances during his breakthrough season.

“He’s still 18 and this lockdown period, it has done him all the good in the world because at this age they do develop and fill out and Mason’s looking more and more like a man, so definitely it will help him.

“Sometimes earlier on you could see he was a kid. Now in training he can use his strength better and he has done really well over the three or four weeks we have been training now.

“And his quality in front of goal is always going to be there and now he has more muscle to (keep) defenders away.

“I am not sure it was deliberate (to add muscle), but the fitness coaches have worked really well with him.

“He has got the rest and recovery period after for him what must have been an intense first full season with the first-team. He is looking really good.”