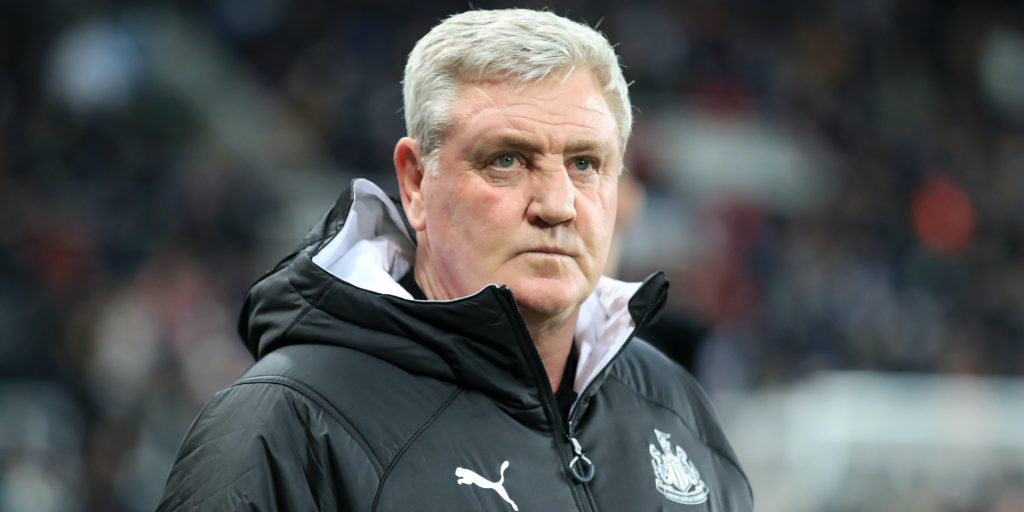 The Magpies are awaiting a decision from the Premier League.

Newcastle head coach Steve Bruce has ordered his players not to use ongoing takeover speculation as an excuse as they prepare to return to Premier League action.

The Magpies welcome Sheffield United to St James’ Park on Sunday, their first taste of competitive action since they won 1-0 at Southampton on March 7.

They will do so with owner Mike Ashley and the club’s fans still awaiting a decision from the Premier League on a largely Saudi-funded GBP 340million takeover bid brokered by Amanda Staveley with a second potential buyer, American Henry Mauriss, having tabled his own offer.

That could have major repercussions for Bruce and his players, but the 59-year-old has told his troops to focus on football and nothing else.

He said: “We can’t influence anything that’s happening above us at boardroom level.

“What we can’t do is make it an excuse. There’s obviously something rumbling along, we’re all aware of that, and let’s just focus ourselves on the game on Sunday, the game on Wednesday, the cup-tie the following weekend.

“Let’s not make it a distraction or an excuse, let’s get stuck into it and see where we can finish.”

The Magpies head into the game sitting in 13th place in the table and eight points clear of the relegation zone, but top-flight survival remains the overwhelming priority.

Bruce said: “Look, we’ve still got a lot to do, in my opinion. We’ve got to secure our Premier League status – that has been my objective since I walked through the door, that’s absolutely paramount for a club of our size.

“We’ve got ourselves in a decent position, that’s all it is. We’ve got nine to play, we’ve got five out of the bottom six to play, so it’s all to play for, as they say.”

The unscheduled break in proceedings has allowed several players to recover from long-term injuries, including first-choice keeper Martin Dubravka, although brothers Sean and Matty Longstaff, fellow midfielder Matt Ritchie and striker Dwight Gayle are all doubts.

Matty Longstaff’s situation remains a concern with the 20-year-old out of contract at the end of the season and Italian side Udinese having already registered strong interest, although contract talks on Tyneside are ongoing.

Bruce said: “I’ve had a couple of conversations with him since we’ve been back and purely from a football point of view, we’re all desperate for him to stay.

“We have offered him a fantastic deal, in my opinion. We hope that he accepts it.”