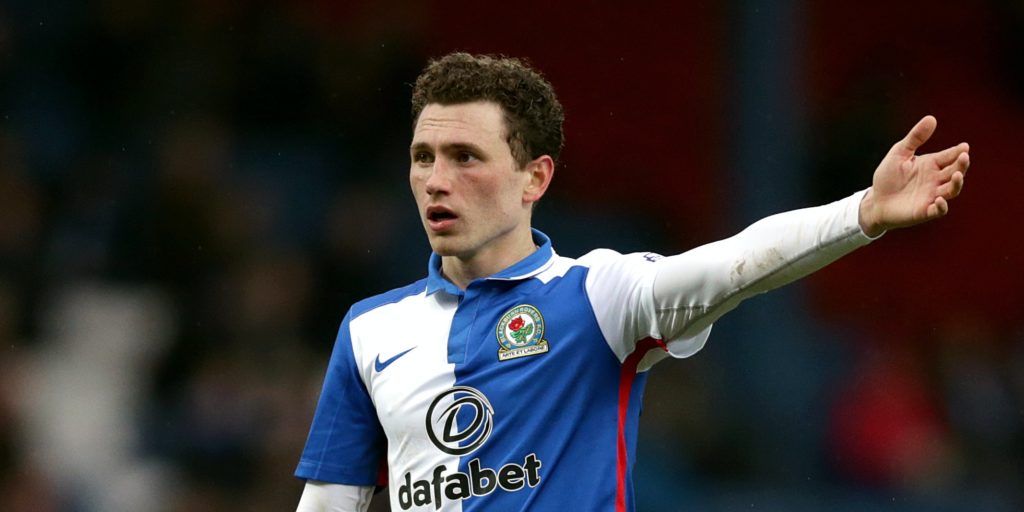 Evans scored a goal and made another.

Corry Evans played a starring role as Blackburn came from behind to beat fellow promotion hopefuls Bristol City 3-1 and move to within a point of the Championship play-off places.

Evans suffered a fractured skull and shattered eye socket in a gruesome collision in January, but has recovered during lockdown and contributed a goal – his first in the league since November 2015 – and an assist as Rovers overhauled City in the table on their return to action.

The Northern Ireland international could hardly believe his luck as a cross intended for Sam Gallagher found its way into the net to cancel out Jamie Paterson’s 34th-minute header, before Blackburn took control after the break with goals from Tosin Adarabioyo and Adam Armstrong.

Players and officials took a knee in support of the Black Lives Matter movement on the opening whistle before the match got under way to the odd sound of artificial crowd noise being pumped into the empty Ewood Park.

Rovers, hoping the lack of crowd would do nothing to dent their strong home record this season, began on top but created little to show for it, with Elliott Bennett’s low drive in the 14th minute the only moment that Daniel Bentley was tested.

City began to assert themselves more after the obligatory drinks break, and took the lead when Paterson rose highest to meet Tommy Rowe’s cross, and Christian Walton could only push the ball on to the post and in.

But Rovers needed only three minutes to level in a moment Bentley is unlikely to enjoy watching again.

Evans was looking for the run of Gallagher with a bending ball from deep but the bounce caused confusion in the City box as the ball evaded everyone to sneak in at the far post.

Blackburn had two chances to take the lead in as many minutes as the second half got under way.

Tomas Kalas’ short backpass looked to have let in Ben Brereton as he got in to nick the ball beyond Bentley, but he slipped as he did so and Nathan Baker swept the ball behind.

From the resulting corner Joe Rankin-Costello fired into the net through a crowd of players, but referee Oliver Langford blew for a foul with Kalas and Famara Diedhiou both down on the line.

At the other end, the ball sat up for Diedhiou but his powerful drive from close range was blocked.

And Rovers led moments later. City failed to clear Stewart Downing’s free-kick and the ball eventually rolled out to Adarabioyo, who bent a fine shot into the far corner as Bentley’s fingertips were not enough to push it around the post.

It could have been three just before the second drinks break as Lewis Travis nicked the ball off Kalas before Danny Graham played in fellow substitute Armstrong, but his bending shot was just too high.

But as play resumed Armstrong got his goal in the 71st minute, played in by Evans before turning on to his right foot and driving the ball beyond Bentley to seal the win.