Celtic captain Scott Brown happy to be back in action 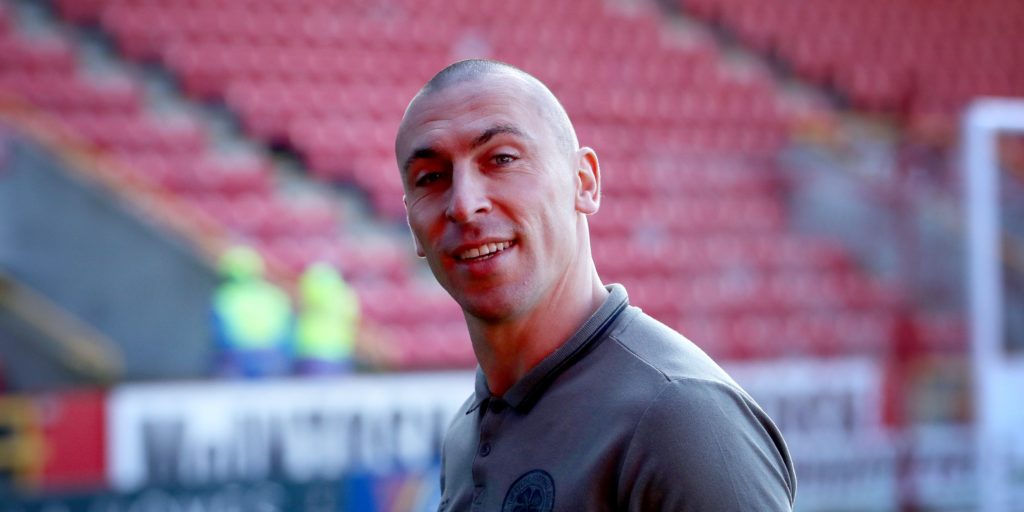 Champions have returned to training.

Celtic skipper Scott Brown admits he is savouring every moment of being back on the training ground and doing the “only thing I really know”.

The midfielder and his team-mates returned to training on June 11, the first day they were allowed to take part in socially-distanced sessions under Scottish Government rules, after three months in lockdown.

Brown turns 35 next week and is entering the final year of his contract and the unexpected break reinforced his determination to make the most of every game and training session.

“Especially at my age,” he said. “I savour every moment to be perfectly honest. I enjoy playing, I play with a smile on my face probably more than I ever have done in the last 10 years. For me it’s the only thing I really know what to do and it’s the thing I enjoy doing.

“The lads are just delighted to be back into the routine. It’s something that we get built into daily – we get told what to do, we come into training, we train, we go to hotels, we go to games.

“For us to have that, and especially for me to have that for the last 16 seasons, and then you are stuck in the house with the missus and the kids and stuff like that – I am doing homework – it’s definitely different days.

“It’s great to be back in that routine of coming into Lennoxtown and doing our individual training daily which has been good for everyone. We are happy being back doing the thing we love to do.”

The former Scotland captain joked he was a “changed man” after not making a tackle for more than three months with Scottish Premiership teams still awaiting approval to resume contact training.

“It will be good once we get the go-ahead for that,” he added. “I’m not too sure if that’s going to happen on Monday, we will wait and see what happens.”

While next season will be like no other for many reasons relating to the pandemic, with the action set to start behind closed doors, Celtic are also attempting to create history by winning 10 consecutive Scottish titles.

The record has been in the Celtic fans’ sight since the very start of the run, which coincided with Rangers’ financial collapse.

But Brown is sure he and his team-mates can handle any additional pressure that comes with the challenge.

“For us there’s pressure to win every single game, whether it’s against Barcelona at home or St Mirren at home, Hearts away, whoever it is, we have got that pressure, that’s why we signed at Celtic,” the former Hibernian player said.

“We want to be here, we want to win trophies, we want to win every single game. That pressure is out on to us by our fans because they demand to see top-quality standards and proper football, and that’s what we try to do week in, week out.”