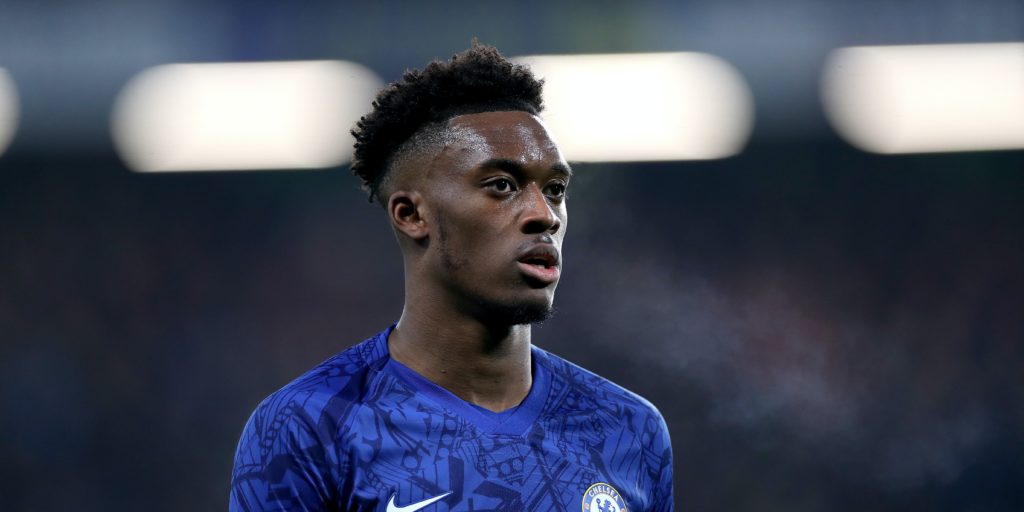 Hudson-Odoi will not face any further action.

Frank Lampard has told Callum Hudson-Odoi to heed the lessons of his brush with the police during lockdown.

Hudson-Odoi will not face any further action on an allegation of rape, having been arrested on May 17 and released on bail.

Chelsea boss Lampard admitted he admonished the 19-year-old winger for his breach of England’s lockdown, then challenged him to learn from his mistakes.

Hudson-Odoi will miss Chelsea’s return to Premier League action at Aston Villa on Sunday due to an ankle complaint, and Lampard has now called on the teen star to strive to fulfil his rich potential.

“Firstly I’m very happy that obviously in the eyes of the law it’s been sorted out, that was the main concern at first,” said Lampard.

“So that was positive for us, the situation for Callum.

“I’ve hopefully shown in my short time in management that I’m very sympathetic towards the idea that we’re not angels or saints, and that we can make mistakes, particularly at a young age.

“I will never be one to come down too harshly on that, albeit we have had conversations, myself and Callum.

“And the big conversation now is to make sure that he learns his lesson from what happened.

“He broke lockdown, that wasn’t good enough. He’s admitted to that, and we move on.

“But the next thing is to train consistently at a really high level, to work hard in training every day.

“He came back from lockdown and got injured pretty early in this period, so now he’s having to work hard to get fit again.

“And as much as the pitfalls off the pitch, I want to see how he can work on the training pitch and get into this team, and perform to the levels we all believe he can.

“It doesn’t come easy. That’s the big thing I say to Callum a lot and something he really has to take on board now.”

France midfielder N’Golo Kante will be raring to go for Chelsea’s league return, having worked back to full fitness.

The World Cup winner had been allowed to train at home in the early stages of the Blues getting to grips with football’s return.

Now though the 29-year-old is ready for action, with Lampard purring over “one of the best midfield players in the world”.

Chelsea have been rumoured to be open to the idea of selling Kante this summer, but Lampard has gently moved against that in his strong praise of the former Leicester star.

“But I obviously have to deal with everything at close quarters, with N’Golo and his feelings,” said Lampard.

“It was very genuine; he wanted to be clear with how it was going to work around the training ground.

“As I say that’s been sorted out in the short term. He’s training and he’s happy.

“In terms of N’Golo, I’ve seen some talk and reports around him and his future at the club.

“I’ve said it a lot of times about N’Golo, he’s one of the best midfield players in the world. I would have loved to be able to play with him.

“The type of player he is, he has everything. Coming back to Chelsea and getting the opportunity to manage this club and having N’Golo Kante is something I really want to appreciate and work with.

“This season unfortunately, because of injuries, it’s been tough for N’Golo.

“It’s nice to see him a little bit fresh. One of the silver linings with this is we’ve managed to get a few players fitter and fresher.

“N’Golo is so important to us as a team going forward. We need him regularly and hopefully we’ll have that now.”