Marcus Rashford in focus as Manchester United draw at Tottenham 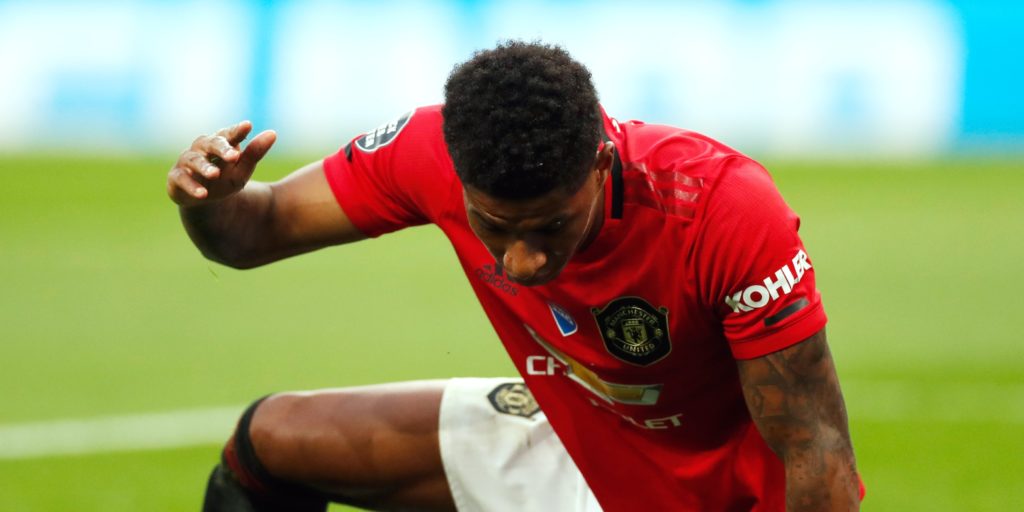 The England striker struggled to make an impact.

Fresh from forcing the government into a major U-turn on free school meals, Marcus Rashford was back to the day job as Manchester United took on Tottenham in north London.

Here, PA Media looks at his contribution as the visitors snatched a 1-1 draw.

A solid snap strike forced the inspired Hugo Lloris into a smart save, but Rashford would have been frustrated not to angle his effort into the corner of the net. Opportunities proved few and far between on a night when Jose Mourinho’s Spurs limited United’s chances in front of goal. Rashford did manage to work himself free at the far post midway through the first half, only for Daniel James to overhit the cross with the chance ebbing away.

Rashford was tidy throughout but was never able to cut loose and hit top stride. The Premier League’s return after its coronavirus hiatus has left all the players battling for total match sharpness and Rashford proved no different, although he did play the full 90 minutes.

Unable to play a direct role in United’s draw, Rashford grafted hard to little tangible effect. The Red Devils will hope their England striker will be all the better for the run-out with a hectic fixture schedule ahead.