Rostov explain double-digit defeat after whole squad has to quaratine 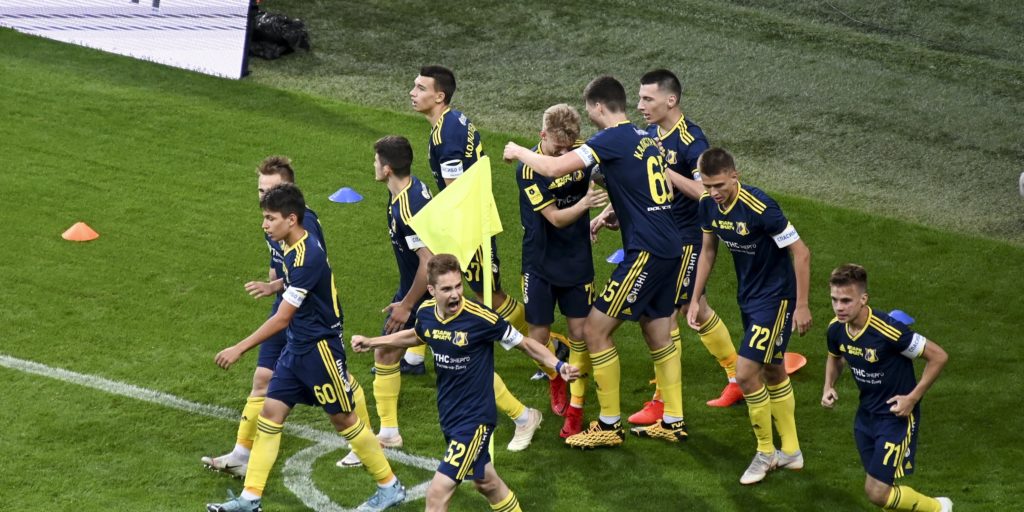 Roman Romanov and Denis Popov, both 17, were hailed for their efforts in a one-sided encounter at Sochi.

Russian club Rostov have encouraged supporters to look “on the bright side” and celebrate two young record-breakers after a makeshift team of teenagers were trounced 10-1.

The hosts turned down an offer to postpone the match, according to Rostov, and therefore a raft of players aged between 16 and 19 were hastily called into senior action for only the second fixture of another domestic European season restarting behind closed doors following a three-month break enforced by the coronavirus pandemic.

Roman Romanov, 17, opened the scoring in the first minute – a goal described as a “mind-blowing highlight” by Rostov – but Sochi drew level five minutes later and did not look back as they ran riot against a team for whom former England and Tottenham winger David Bentley turned out seven times during a loan spell in the 2012-13 season.

Rostov also heaped praise on stand-in goalkeeper Denis Popov, who was credited with keeping the scoreline from drifting inexorably towards 25-1 on his way to claiming the man-of-the-match award.

A statement published on Rostov’s official website read: “Dear friends, a lot of supporters of our club who don’t speak Russian cannot really understand how today’s tie could end with 10-1 score.

“We would like to explain. Six players of our club have been infected with coronavirus, and thus, the entire team had to be quarantined.

“Sochi turned down our offer to postpone the match, and this is exactly why these young players aged 16-19 had to play in this match.

“The score was most likely upsetting, however, we do want you to stay on the bright side!

“First of all — our 17-year-old goalkeeper Denis Popov made 15 breathtaking saves (including one penalty), which is a Russian Premier League new record! Denis absolutely stole the whole show today and got his well-deserved man-of-the-match award!

“Another mind-blowing highlight was definitely our first goal! Seventeen-year-old Roman Romanov scored an incredible goal and became the youngest person to score in the history of our club as well as top-three in RPL history! Romanov is also among the top-three youngest goal-scorers in the history of Russian leagues.

“We know you would agree our players were fighting for every inch of the pitch — each and every of them showed incredible character and attitude today!

“We would like to express our gratitude to everyone all the supporters of our club around the world.”