Wednesday earn a point thanks to Connor Wickham’s late show 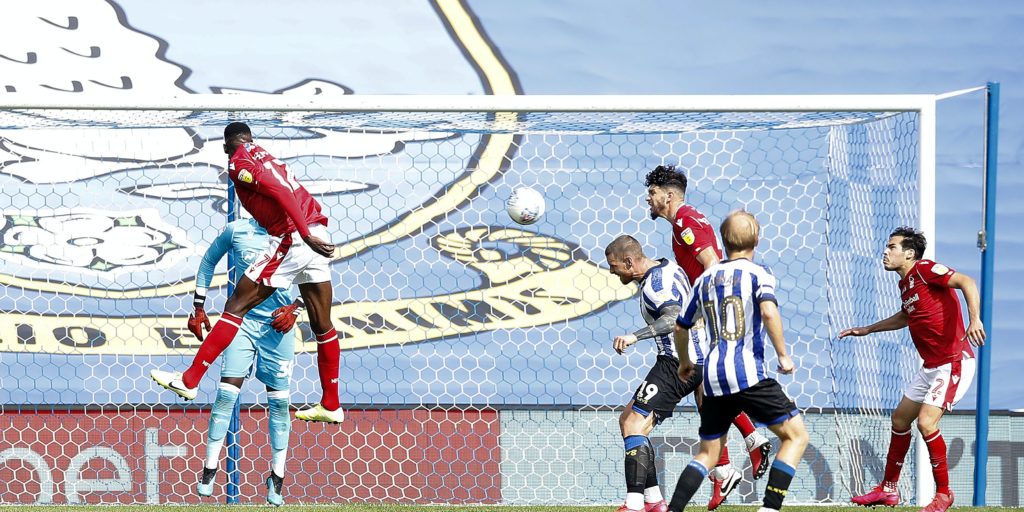 Nottingham Forest thought they were set for the win.

Forest had looked as if they were going to consolidate their position in the Sky Bet Championship play-offs after Joe Lolley’s sweet 69th-minute strike, which Wednesday were convinced should have been ruled out for offside.

It was particularly galling for the Owls as they had wasted a host of chances to go in front, but on-loan Wickham rescued them in the third minute of time added on when he headed home a corner.

Forest boss Sabri Lamouchi was celebrating signing a new contract on Friday, but he was left furious by his side’s inability to hold on for two extra points in a top-six race that looks like going down to the wire.

Wednesday are one of the few sides in the Championship with little to play for in the remaining games – barring any possible EFL points deduction for breaking financial fair play rules, which could plunge them into relegation danger.

Because of that lingering threat, boss Garry Monk will be keen on building as big a buffer over the bottom three as possible and they had the chances to do that against Forest.

They were the better team in the first half and created several chances to take the lead.

Massimo Luongo had a low effort deflected just wide before Jordan Rhodes, playing his first game since January, dallied after being played in on goal by Barry Bannan’s slicing through ball.

Wickham’s header was blocked on the goalline and then Luongo sent another effort just over.

The Owls continued to create the best chances after the restart and they should have gone ahead just before the hour.

Rhodes, whose only goals of the season so far came in the way of a hat-trick in December’s reverse fixture at the City Ground, saw a header crash into the post and Lee was destined to convert the rebound, only for Worrall to produce a brilliant goalline block.

Football might not be the same in the post-coronavirus world, but some things will never change and being punished for missed chances is one of them as Wednesday found out to their cost in the 69th minute.

Goalkeeper Brice Samba’s long ball set Lolley free, the offside flag stayed down, and a brilliant first touch from the Forest midfielder saw him close in on goal and he made no mistake with a cool finish into the bottom corner to put Forest ahead.

That goal knocked the wind out of Wednesday’s sails as Lolley almost added a second with a swerving drive that Joe Wildsmith did well to keep out.

They thought they should have had a penalty near the end as Kadeem Harris went down under a challenge but referee Robert Jones waved appeals away.

Wednesday were in last-chance saloon when they forced a corner, which Alessio Da Cruz put on the head of Wickham to plant home his first goal of his loan spell from Crystal Palace.