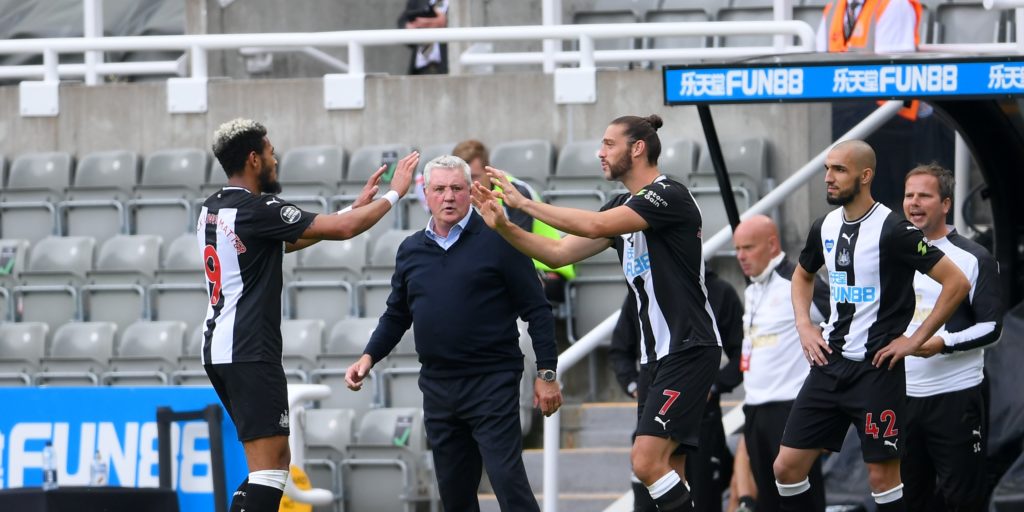 The 23-year-old Brazilian rounded off a 3-0 win over 10-man Sheffield United at St James’ Park on Sunday with a solid 78th-minute finish after passing up a glorious opportunity in the first half, the kind of miss which has earned the GBP 40million summer signing concerted criticism.

Bruce said: “When somebody wants to achieve something and wants to do well, we all want him to do well, staff, players, everybody around.

“He’s a really genuinely good lad and he gives his all for the team, so once you keep doing that and you’re a team player like he is, then you’re going to get the respect of everybody.

“He personally has suffered in the lockdown more than anybody. He’s had no family here, no friends, holed up in an apartment somewhere, so it’s been really, really difficult for the kid, so I’m delighted for him because he’s a really genuinely good pro and he can only get better.”

Joelinton was a the centre of most of the game’s significant moments, his first-half clash with defender John Egan earning both men yellow cards before the Republic of Ireland was handed a second for hauling the frontman back five minutes after the break.

The Magpies capitalised when the impressive Allan Saint-Maximin fired them ahead after Enda Stevens’ error before Matt Ritchie extended their lead and Joelinton wrapped up the points with 12 minutes remaining at a largely empty St James’ Park.

Bruce said: “My staff have just said it could only happen to me, that we have a 3-0 win and there’s nobody here to see it.”

If Bruce was a happy man, opposite number Chris Wilder was less so with his team’s overall performance, but also the decision by referee David Coote which led to Egan’s first caution.

Wilder said: “John has tried to take a quick free-kick, the boy has got hold of the ball – I’ve got no problem with that, it’s part and parcel of the game. The referee pushes both players away and gets on with it.

“We were both astonished, both myself and Steve, that they got yellow cards from it. Obviously the second one was a definite yellow card, but the first one it is just ridiculous.

“The game hasn’t changed that much, surely, and if it has, it’s in a worse place than it should be.”