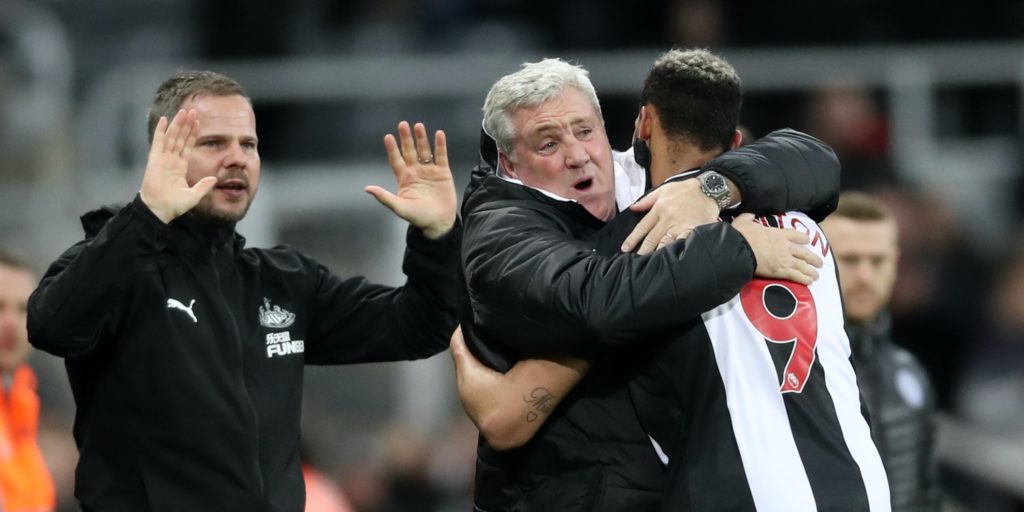 The 59-year-old has had to win over sceptical supporters.

Steve Bruce is desperate to remain Newcastle’s head coach if the club are sold.

The 59-year-old Geordie has spent recent weeks seeing a series of potential replacements touted for the role should an Amanda Staveley-brokered takeover be completed, having battled for almost a year to persuade the more sceptical sections of the club’s fan base that he is the right man for the job.

Should Staveley succeed, the riches of Saudi Arabia’s PIF could significantly change the landscape at St James’ Park, and Bruce is understandably keen to be part of it.

He said: “That is for other people to decide. I have said from the day I walked in the door, whatever is best for the club is good by me.

“The reason I took the job is I am a Newcastle fan and always will be. My job is can I try to take the club forward?

“If there is going to be a takeover, if there is something happening that will help the club and I can help in any way shape or form, I would love to stay in charge. Why shouldn’t I be?

“I have enjoyed every minute of it. It is difficult, a difficult job, but I have enjoyed the challenge of managing this great club and I hope I can take it forward if that is the case.”

Bruce’s men return to Premier League action against Sheffield United at St James’ Park on Sunday knowing a repeat of their 2-0 win in the reverse fixture at Bramall Lane in December would all but mathematically secure their place in the top flight for the next campaign.

That game in South Yorkshire proved something of a watershed for Bruce when, after goals from Allan Saint-Maximin and Jonjo Shelvey, who ignored an offside flag to score as the Blades defence stood and watched and saw his case upheld by VAR, the travelling fans sang his name.

He said: “That night at Bramall Lane, the supporters enjoyed seeing their team not play particularly well, but the resilience of them and the way they are, and that bit of spirit has come from a nucleus of players who have been here from the Championship days.

“They have a huge influence on the club to create that spirit, and the team has that in abundance. Last year and this season, they have done fantastically well.”