Brendan Rodgers insists Leicester will ‘give everything’ to achieve their goal 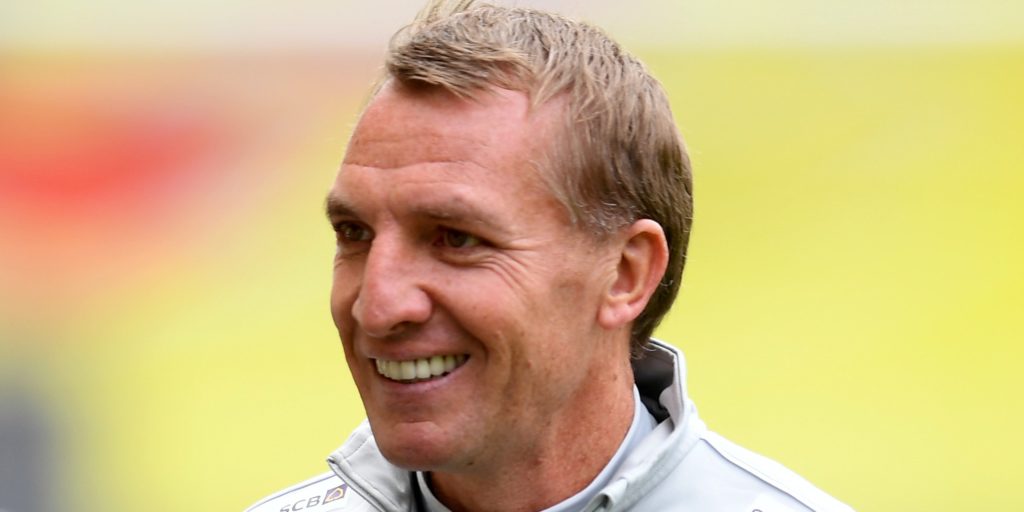 Leicester are third ahead of Tuesday’s home clash with Brighton.

Leicester boss Brendan Rodgers has urged his players to focus as they chase a Champions League return.

The Foxes sit third in the Premier League table ahead of Tuesday’s visit of Brighton.

They are eight points ahead of fifth-placed Manchester United and Wolves, a spot behind on goal difference.

Leicester have not played in the Champions League since 2017, when they reached the quarter-finals after their historic title win the year before, but Rodgers wants calm.

“We know what our objective is,” he said. “We have eight games to go and we are going to give everything to finish there.

“There is still so much football to play, we know what our ultimate goal is but we are not going to get saturated by that.

“We have proven when we play well in the main we win games, nothing has changed. You always look ahead of you, you never keep looking behind.”

Dennis Praet is available after missing Saturday’s 1-1 draw at Watford with a tight calf, although Daniel Amartey (ankle) and Ricardo Pereira (Achilles) are out.

Brighton’s 2-1 win over Arsenal on Saturday moved them five points clear of the bottom three and, having come off the back of a game against the struggling Hornets, Rodgers knows Leicester face another test.

“At this stage, in the last 10 games it doesn’t matter who you are playing. There are always going to be tough games,” he said.

“Watford and Brighton will be fighting and we have to show that fight, resilience and quality because we want to end up in the top four.

“Whoever you play at this stage it will always be tough. Now, without the supporters it is a very decent leveller.

“I do think the teams are still playing with the intensity they would want, they might not be up to match levels but the intensity and focus of the players has been first class.”