Craig Levein: I would never say never to the Dundee United job 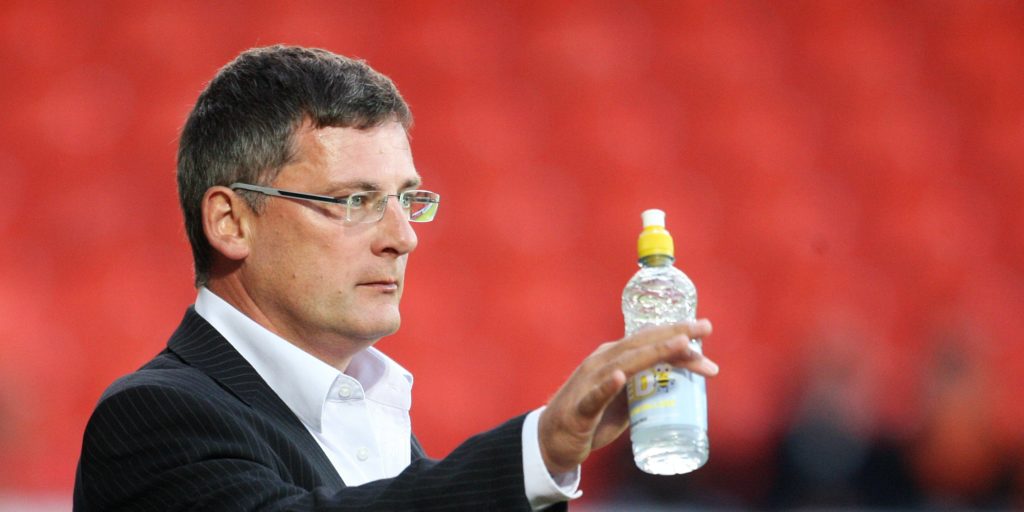 The 55-year-old had a successful stint at Tannadice before becoming Scotland boss in 2009.

Craig Levein would be interested in holding talks with Dundee United over their vacant head coach role.

The 55-year-old enjoyed success at Tannadice before becoming Scotland manager, with his former assistant leading them to Scottish Cup success in 2010 months after he departed.

The set-up at United has since changed with American Mark Ogren now owner and former agent Tony Asghar installed as sporting director.

Levein told the BBC’s Scottish Football Podcast: “I had four years at Dundee United and, as much as I loved my time at Hearts, that four years was quite special for me.

“We managed to build a really strong team and I would never say never to the Dundee United job.

“But I don’t know the structure at Dundee United so it’s something that I would need to look at in great detail, if I get offered a chance of the job.

“It doesn’t tie you to anything, but having a conversation is something that I think would be interesting.”

Tommy Wright has been installed as the favourite following the shock departure of Robbie Neilson to Hearts, although the 56-year-old remains the favourite to become Northern Ireland manager.

Other names mentioned by the bookmakers include Bradford boss Stuart McCall, Morecambe manager Derek Adams and the likes of John Collins, Darren Fletcher and Duncan Ferguson.

Under different ownership, United made an approach for Wright in October 2015 after sacking Jackie McNamara but the Northern Irishman signed an improved contract with Saints and stayed in Perth.

Former chairman Stephen Thompson instead appointed Mixu Paaatelainen and the club were relegated at the end of the season before spending four seasons – at least – in the Scottish Championship.

Wright had won the Scottish Cup with Saints in 2014, beating United in the final, and went on to achieve five top-six finishes in seven years before stepping down in May.

Gordon Forrest and Lee McCulloch are now taking charge of pre-season training while United vowed to appoint a new head coach “as soon as possible”.

Hearts had already plunged United into uncertainty before Sunday’s move for Neilson after instigating legal action in a bid to cancel the Scottish Championship winners’ promotion and keep themselves in the top flight.

Chairman Ogren said: “Although we are understandably disappointed, Dundee United Football Club are bigger than one person and we will continue to work towards our long-term plan with our staff and players and, of course, our loyal supporters.

“Robbie played a huge role in our journey so far, however, we now look towards the future, with a new leader and renewed hope for our fans.”