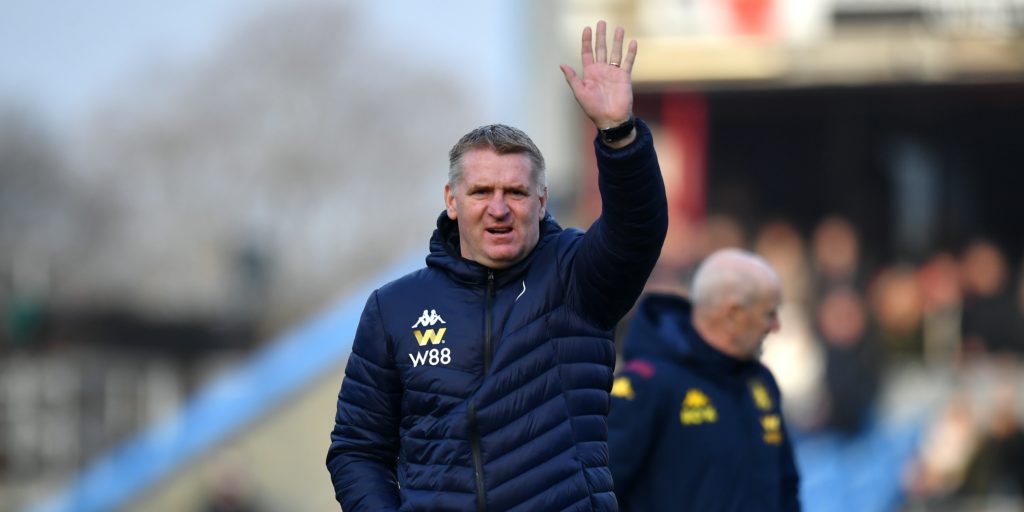 Villa are second bottom of the Premier League ahead of Wednesday’s trip to Newcastle.

They sit second bottom of the Premier League ahead of Wednesday’s trip to Newcastle after Sunday’s 2-1 defeat to Chelsea.

Villa also host Wolves on Saturday knowing they need a result this week to boost their chances of beating the drop.

Smith’s side also face Liverpool, Manchester United, Arsenal and Everton in four of their last six games and the manager accepts it is crunch time.

He told a press conference: “We feel, despite the result on Sunday, that we’re in a decent place. The squad all believe that we’ve still got a great opportunity and we’ve been given that during the pause and ‘Project Restart’.

“We all know that the next two are big games for us and are pivotal in what we do.

“The fact we’ve only got one point out of the two games makes it a really important game, Newcastle had a very good result on Sunday so we have to make sure that we’re at our best.”

Danny Drinkwater’s fitness will be assessed after he picked up a knock as Villa prepared to return but the midfielder could be available after being ineligible to face parent club Chelsea on Sunday.

Bjorn Engels (Achilles) is out while Tom Heaton and Wesley (both knee) remain sidelined.

Villa drew 0-0 with Sheffield United in their first game back and Smith insisted they must maintain their standards.

“I think if our performance levels are good then we’ve got a good chance,” he said.

“He (Steve Bruce, Newcastle boss) will control what he can control, Steve is very experienced and he’s been around the game for a long time.

“He’s handling it very well and he’s getting performances from his players.”