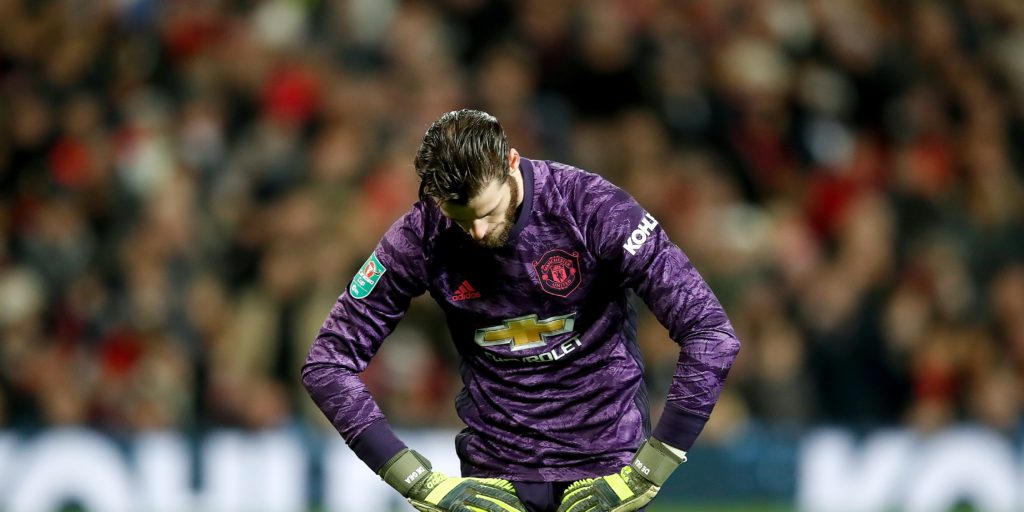 David De Gea needs to change his approach to “stop the erosion” of his form and confidence, according for former Manchester United defender Gary Neville.

The Spain international goalkeeper was heavily criticised for not keeping out Steven Bergwijn’s strike in Friday night’s 1-1 Premier League draw at Tottenham.

Roy Keane, another ex-United captain, fumed at De Gea during the half-time analysis of the game on Sky Sports.

Neville has now suggested De Gea’s performances have been off for some time and believes put in the hard miles may be the answer to getting back to his best.

“He’s got to go back to basics,” he said on the Gary Neville Podcast.

“There’s only one thing you can do when you’re having a tough time: work. Work harder than you have ever done in your life.

“He has to do something to stop the erosion. Mistakes like that can happen on the first game back but it’s happening far too much over the past couple of years.

“He was the one player United could rely upon for the last four years but he’s not the same.”

Bergwijn had given Spurs the lead after 27 minutes with a shot that was hit straight at De Gea but struck the goalkeeper on the arm before diverting into the net.

Keane, who also singled out United defender Harry Maguire for criticism for his part in the goal, said the pair should “hang their heads in shame” and that he would have been “swinging punches” at De Gea for failing to keep the shot out.

Neville added that he feels it could be a mentality issue for De Gea, who has been United’s number one since singing in 2011.

“He’s making lots of mistakes,” added Neville. “Ones he would never make – he was always somebody you could completely rely upon.

“It can only be a confidence thing. The arms, legs and body are the same – it’s got to be the mind.”