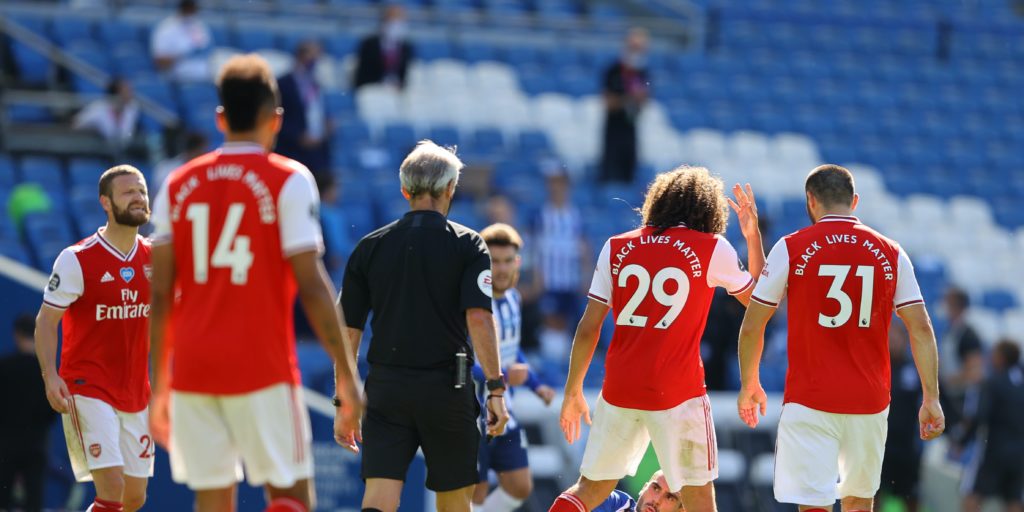 The pair clashed during Arsenal’s defeat to Brighton.

Matteo Guendouzi has escaped a Football Association charge despite putting his hands around Neal Maupay’s throat at the end of Arsenal’s defeat at Brighton.

The Gunners slipped to a 2-1 loss as Maupay struck in injury time after Brighton captain Lewis Dunk had cancelled out Nicolas Pepe’s opener at the AMEX Stadium.

Earlier in the game, Arsenal goalkeeper Bernd Leno appeared to suffer a serious knee injury as he fell awkwardly with Maupay in close proximity, with the Germany international gesturing his displeasure to the forward as he was taken off on a stretcher.

After hitting the last-gasp winner, Maupay was confronted at the full-time whistle with Guendouzi placing his hands on his fellow Frenchman.

The PA news agency understands the incident was missed by referee Martin Atkinson but that it was picked up and reviewed by the video assistant referee and so Guendouzi will face no further action.

The Football Association has warned and reminded both Brighton and Arsenal of their responsibilities following the coming together at the end of the game.