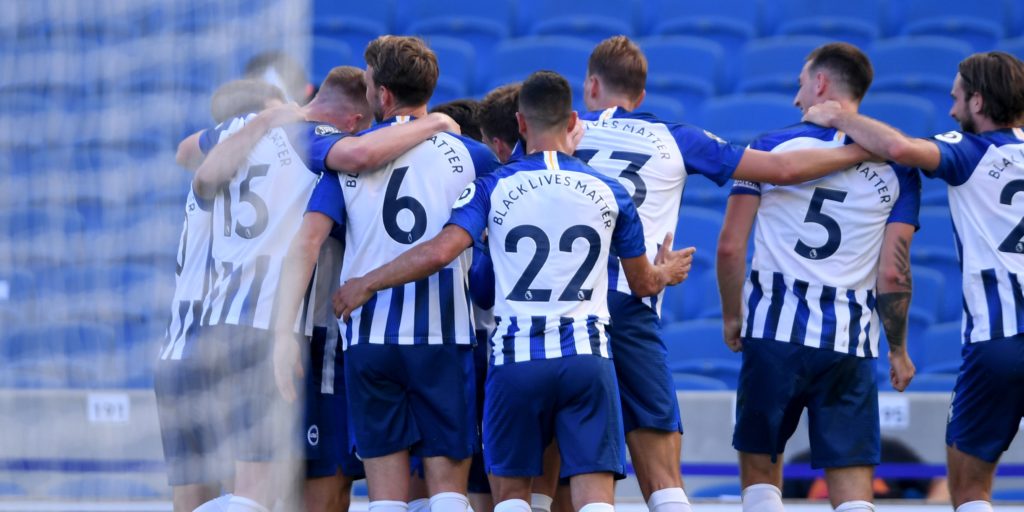 It now looks like three teams from six for the drop.

The relegation field in the Premier League is narrowing following big wins for Newcastle and Southampton which should keep them out of harm’s way.

It now looks like three from Brighton, Watford, West Ham, Aston Villa, Bournemouth and Norwich for the drop.

Here, the PA news agency looks at what we’ve seen from the relegation candidates since the restart.

Graham Potter’s side did themselves a power of good by beating Arsenal to move five points clear of the bottom three. Neal Maupay not only scored the last-gasp winner, he also showed the appetite for the fight that teams down there will need.

The Hornets looked like they had been swatted aside by Leicester following Ben Chilwell’s 90th-minute strike. But they were buzzing after Craig Dawson struck in stoppage time to earn them a valuable point, and that never-say-die attitude will serve them well.

David Moyes’ men looked set for a point against Wolves until the introduction of Adama Traore as a substitute. The winger set up late goals for Raul Jimenez and Pedro Neto to leave the Hammers above the drop zone on goal difference and facing tough games against Tottenham and Chelsea.

Bournemouth look in serious peril after Crystal Palace secured a worryingly comfortable 2-0 win at the Vitality Stadium through goals from Luka Milivojevic and Jordan Ayew. It was a fourth defeat in five games for the Cherries, who have a nasty looking run-in.

Having benefited from goalline technology’s meltdown to take a point off Sheffield United, Villa were on course for a precious win when Kortney Hause put them ahead against Chelsea. But two second-half goals from the Blues meant the picture looked very different.

The Canaries looked pretty much doomed before the season was halted, and they only served to compound those fears in familiar fashion. They were bright in parts of the match against Southampton, created chances, and still slumped to a 3-0 defeat to remain six points from safety.