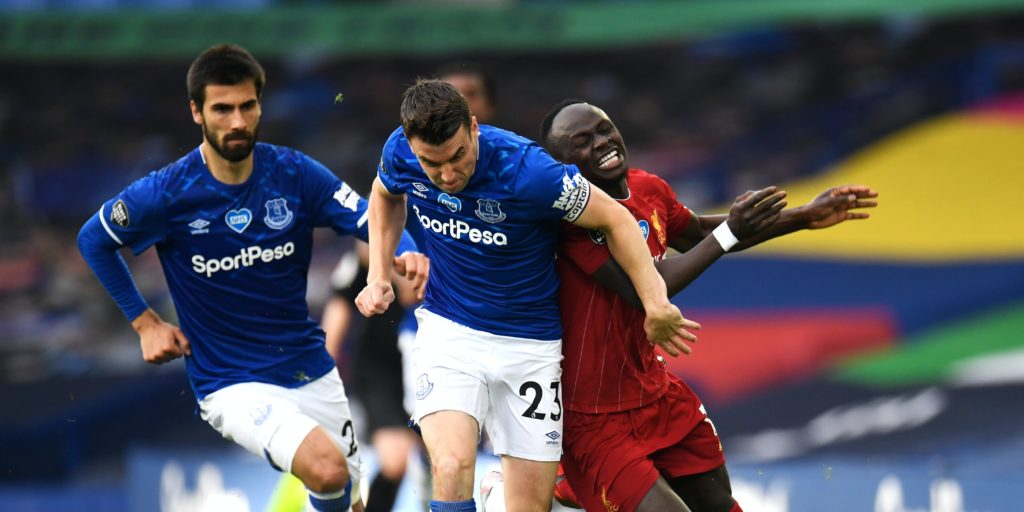 Everton captain Seamus Coleman believes the squad are playing for their futures under manager Carlo Ancelotti.

The goalless draw in the Merseyside derby at home to Liverpool highlighted some of the improvements the Italian has made since taking over in December but that will not be enough to prevent some changes.

Midfielder Morgan Schneiderlin, a GBP 20million signing from Manchester United in January 2017, looks like being one of the first to leave as he is close to joining Nice in cut-price deal after holding talks with the Ligue 1 club over the weekend.

But Coleman believes all the players have to raise their games with a three-time Champions League winner at the helm.

“We have to realise at this club, we have a world-class manager and as players we are fighting for our futures,” he told evertontv.

“He is new to the job and I am sure he will want to be putting his stamp on things.

“I want this club to be successful, we all need to be pushing in the right direction and giving everything we have to be part of this team going forward.

“It (competing with the division’s strongest teams) can’t be something that just happens in periods.

“We need to build a culture, demanding from each other in training.”

Defender Michael Keane was disappointed not to have beaten Liverpool and ended their long derby drought.

The Toffees had the best two chances at Goodison Park in a game which extended the hosts’ run to 22 matches without victory in all competitions against their near-neighbours.

But for goalkeeper Alisson Becker, who saved Dominic Calvert-Lewin’s backheel, and a post, which Tom Davies struck from the rebound, Everton could have been celebrating a famous win – albeit in an empty stadium.

Keane accepted before the match they would probably have settled for a point against the runaway champions-elect but on reflection it appeared to be a missed opportunity.

“You’d have thought so (being pleased with the draw) if you’d told us before the game this would be the outcome – but we are disappointed we have not won it,” Keane told evertonfc.com.

“I know they had a lot of the ball but our work-rate and shape were unreal.

“Considering it was our first game in three months our fitness was first class.

“And we had the best chances. I don’t remember them having a clear-cut chance, we had two good ones.

“It is a decent result but we wanted to win and, after the chances we had, we are a bit disappointed we didn’t.”

Since Ancelotti took charge in December Everton have won five and drawn four of their 12 league matches with defeats coming against Manchester City, Arsenal and Chelsea.

The Italian knows they need to improve results against the ‘big six’ but was encouraged by the resilience and organisation the players showed against Liverpool, becoming only the third club this season to take points off Jurgen Klopp’s side.

“This is important, we competed also against Manchester United (a 1-1 draw the last time they played at home in March) and I think when we are focused, when we work well together we are a good team and we can compete,” said Ancelotti.

“Of course we didn’t have a lot of possibilities to play as we wanted but defensively we were really good.

“We have to win games, it is our goal. To try to have points and to try to win.

“The period before the lockdown we played against top teams and we didn’t win, now it is time to win and climb the table.”