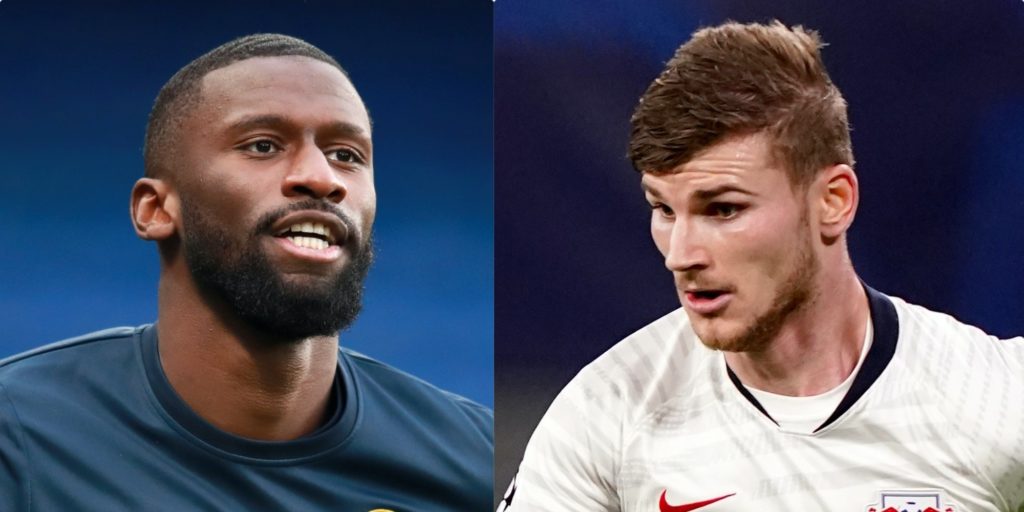 Terms were agreed last week for Werner’s move to west London and the deal is set to be finalised in July.

Toni Rudiger has revealed he played a key role in convincing Timo Werner to sign for Chelsea.

Rudiger has tipped Germany team-mate Werner to bring the wow-factor to Stamford Bridge when he completes his move from RB Leipzig next month, subject to passing a medical.

“I did speak to him before because we have known each other for a long time,” Rudiger said.

“We spoke a lot during the lockdown and he told me he was interested in coming to England. Of course then I did my bit, what I had to do.

“I would say he’s a quiet, humble guy, always ready to do better.

“I hope he adapts quickly when he comes because as we all know this competition is different than others.”

Chelsea are ready to flex further muscle in this transfer window with Leicester’s Ben Chilwell and Leverkusen’s Kai Havertz continually linked to the Blues.

The captures of Werner and Ajax’s Hakim Ziyech already mark out Lampard’s men as ones to watch next term, though, and Rudiger cannot wait to link up with his old friend.

“Like everyone, I’m very excited that he’s chosen Chelsea and I’m looking forward to working with him,” Rudiger told Chelsea’s website.

“I’ve known him since he was 17 and he did very good in the past few years. He can be very important for us.

“His development was just ‘wow’. In his first season everything was new for him in men’s football but then he started scoring more goals and of course with that comes confidence. He had very good coaches who believed in him and worked with him.’

“He’s a really big threat to defenders. RB Leipzig is a more counter-attacking team but in terms of attacking the defensive line, he’s similar to (Leicester’s Jamie) Vardy.

“He has a lot of pace and if the defender makes a mistake and loses the ball, then he goes!”