A look at when Liverpool can clinch the Premier League title 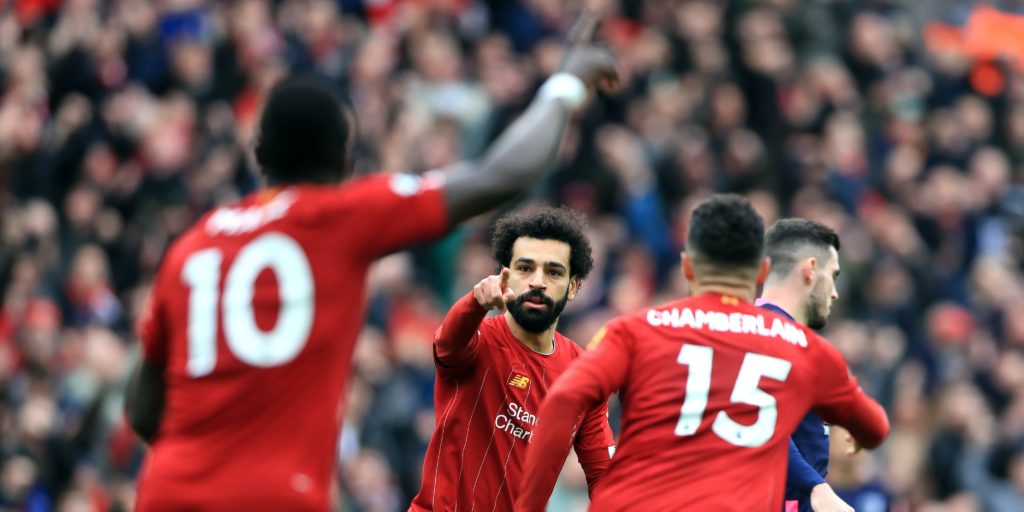 When the Premier League closed down in mid-March Jurgen Klopp’s side were just six points from securing the title.

Liverpool’s long wait to end a 30-year title drought has been extended a little further by the lockdown.

When the Premier League closed down in mid-March Jurgen Klopp’s side were just six points from guaranteeing the top-flight championship – the club’s 19th – would be coming back to Anfield for the first time since 1990.

Following the resumption, Sunday’s goalless draw at Everton in the Merseyside derby has prolonged the agony for fans even further as they now cannot win the title with victory over Crystal Palace at Anfield on Wednesday.

In theory Klopp’s side still need five more points to clinch the prize but, depending on Manchester City’s fortunes, that could come sooner rather than later.

Here, the PA news agency looks at when and where Liverpool could win the title.

If Liverpool beat Crystal Palace on Wednesday – at Anfield where they have not dropped a league point since January last year – then it puts the pressure back on City. Pep Guardiola’s side head to fourth-placed Chelsea on Thursday knowing only a win will stop them from handing the trophy to Klopp’s side.

Providing Liverpool and City both win then it sets up a showpiece encounter at the Etihad on July 2. Klopp’s side would need just a point against their nearest rivals to clinch the title.

If Liverpool were to then lose at City then they could finally lift the championship with a victory at home to Aston Villa. Were Liverpool to only draw then they could still win the title if City failed to beat Southampton.